Was at the shop yesterday and was successful in mitering, prepping and tacking the front triangle assembly to the bb/cs assembly. I’m starting to get the whole process down better with each frame and getting in tune with the whole process. Some quick shots of the build progress: 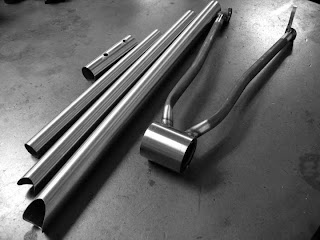 Tacked up and waiting for next week 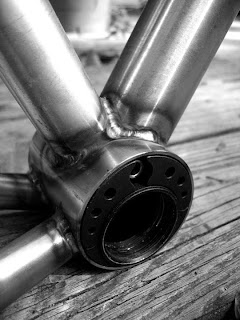 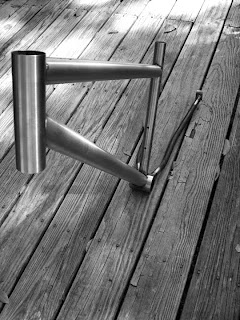 The Speedway Cycles 50mm UMA 26″ rim showed up today at the studio. Thanks so much Speedway for sending this on over out here on the right coast! Can’t wait to build this up. Waiting on Paul Components next run of 135mm Whub front hubs to go into production. 4 weeks out apparently. Until then, its casting shadows. 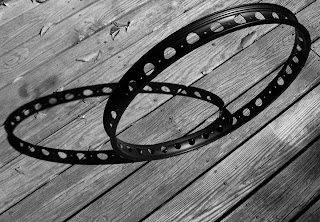 Also had a very rich and enlightening conversation with Ted regarding Trail, Rake and handling. Very impressed with his knowledge on the subject. A lot of it comes from his flat track days on a motorcycle. No brakes, all controlled via power/throttle. That’s balls. In a nut shell what your goal is as per Ted is a neutral handling platform. So when you lay into a turn it neither under or over steers and the bike is predictable. Basically scribing the same arc instead of independent ones, or at least that is how I can verbalize it. Wheel, inertia, rotational mass, HT angle, rake, trail… All that stuff plus more in a one big soup called handling. Definitely some black magic going on with this as its different from rider to rider…