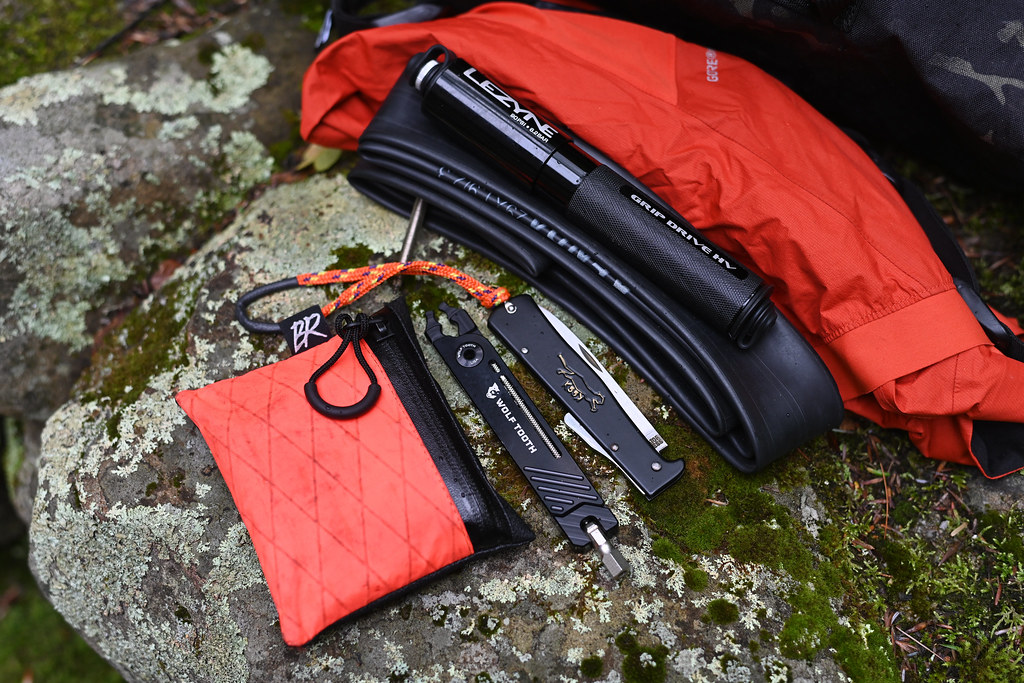 Some followers on my IG account were asking me about what I carry every ride. Some call this an “Every Day Carry” or EDC but rather, this may be my ERC aka “Every Ride Carry”. Regardless of acronyms, I’ve been riding for over 30 years and chances are I’ve either tried it, asked the same question or had the same trailside conundrum to overcome as many of you who are reading. But with all that riding comes experience and my ERC is basically what I’ve found to work. Plain and simple. So let’s get to it.

Pictured above is my bare-bones kit taken right out of my own personal RAT PACK hip pack. The only things not pictured here are my cell phone, keys, wallet, food, and an Industry 9 Matchstix which is my chain tool. Digging a bit further, we have the Wolftooth Components 8-Bit Pack Plier: 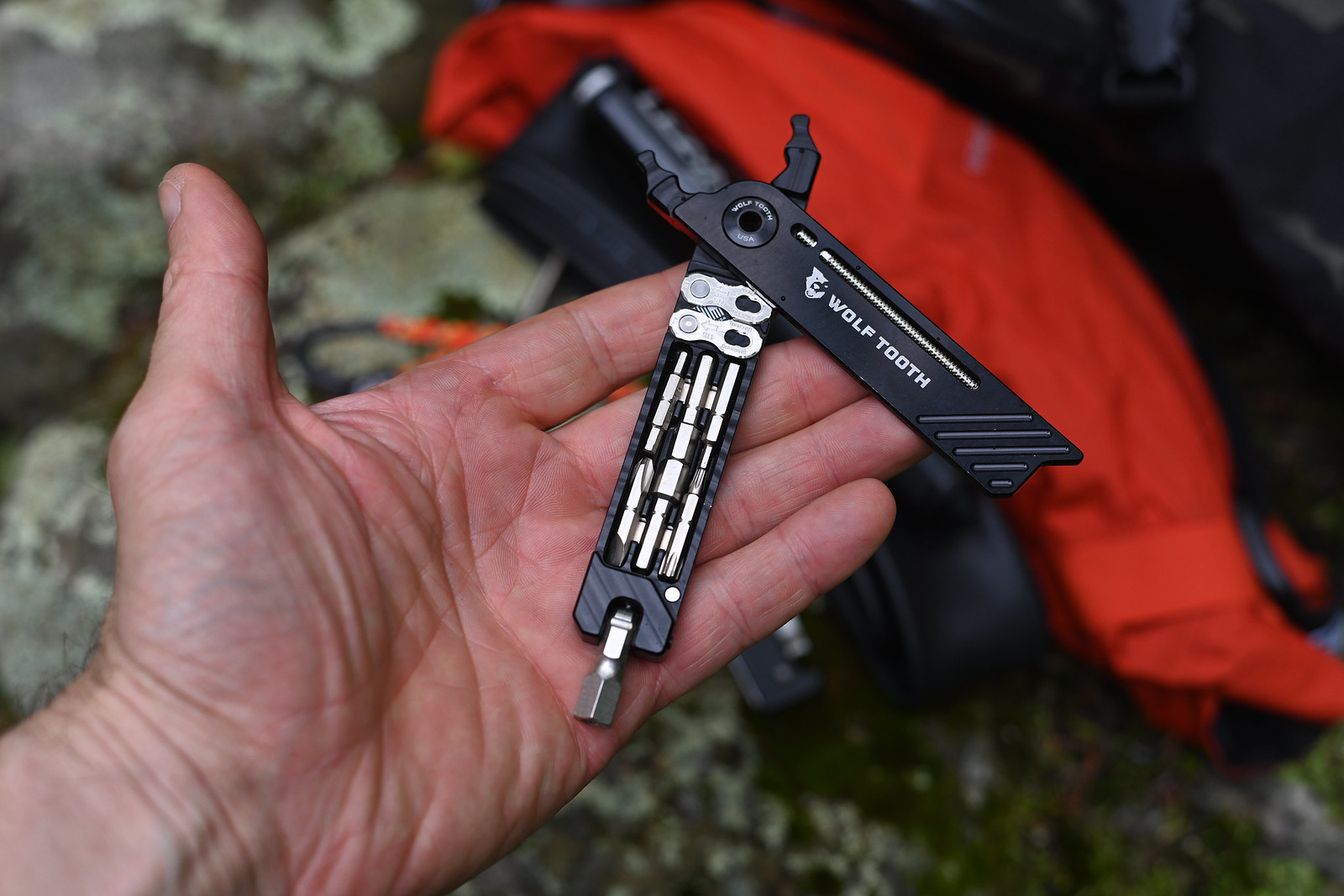 This is hands down one of the best if not THE best multi-tools on the market. I’ve tried a lot but this one just covers so many bases. The biggest one being a masterlink pliers for modern 12-speed chains but it also combines a socket-like magnetic allen key with 8 bits that includes a ream for tubeless valves. Also a space for a spare masterlink. 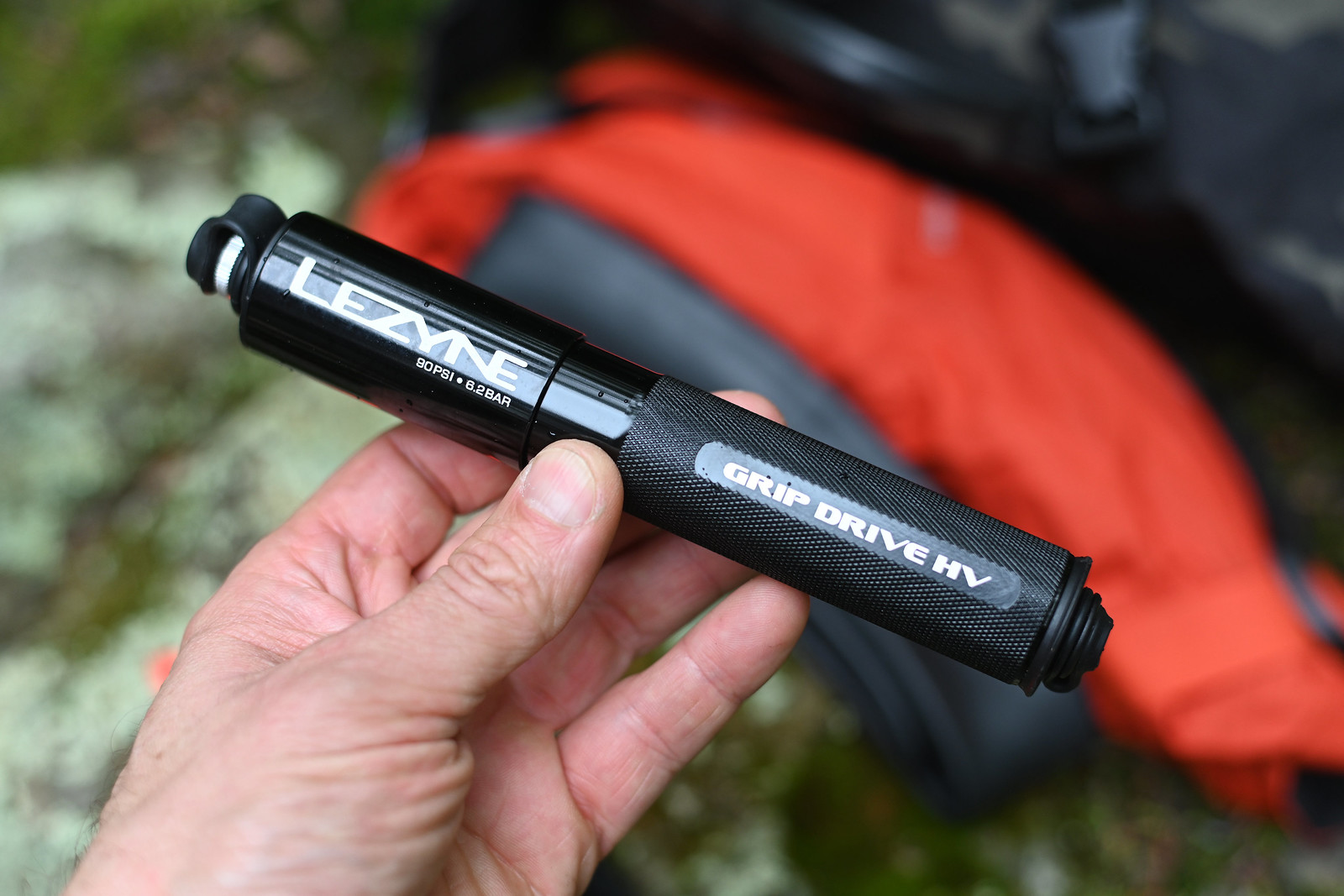 My Lezyne Grip Drive HV pump is one of my favorites. I’ve long loved Lezyne’s small pumps because of their integrated rubber hose that threads inside the shaft of the pump. So you remove that and it adds needed flexibility when doing the dance to ward off mosquitos (because you NEVER flat when there are no bugs out…). 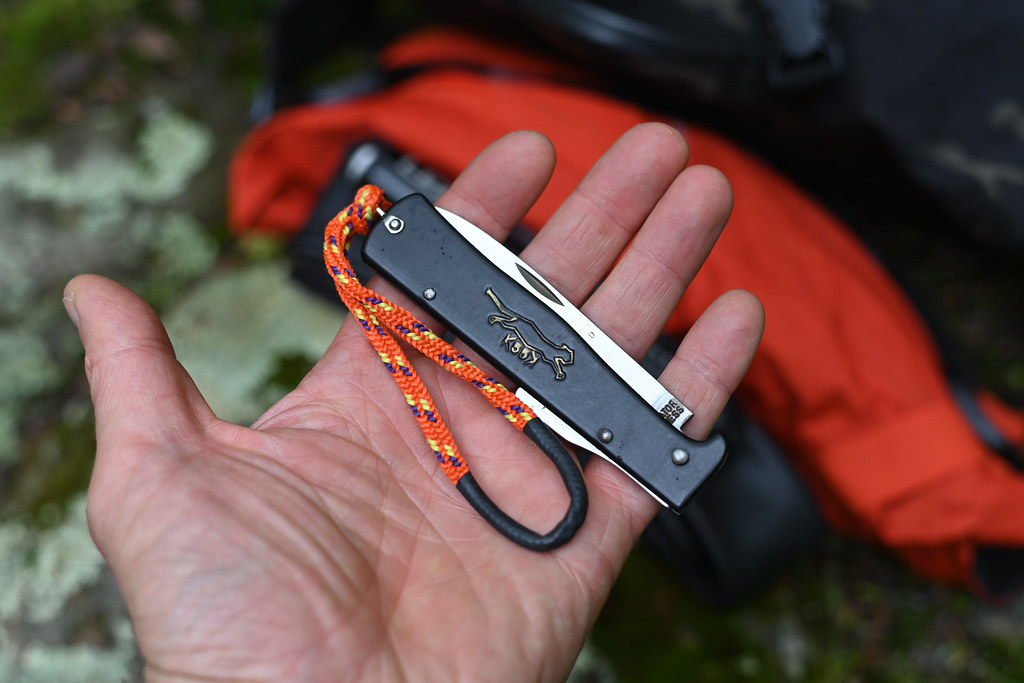 My Mercator K55K knife. I rarely use this, but when you need a knife, you really need a knife. This one’s sharp, relatively slim, and pleasing in the hand.

I also always carry a vest (7Mesh) and a Backcountry Research Strap Pouch: 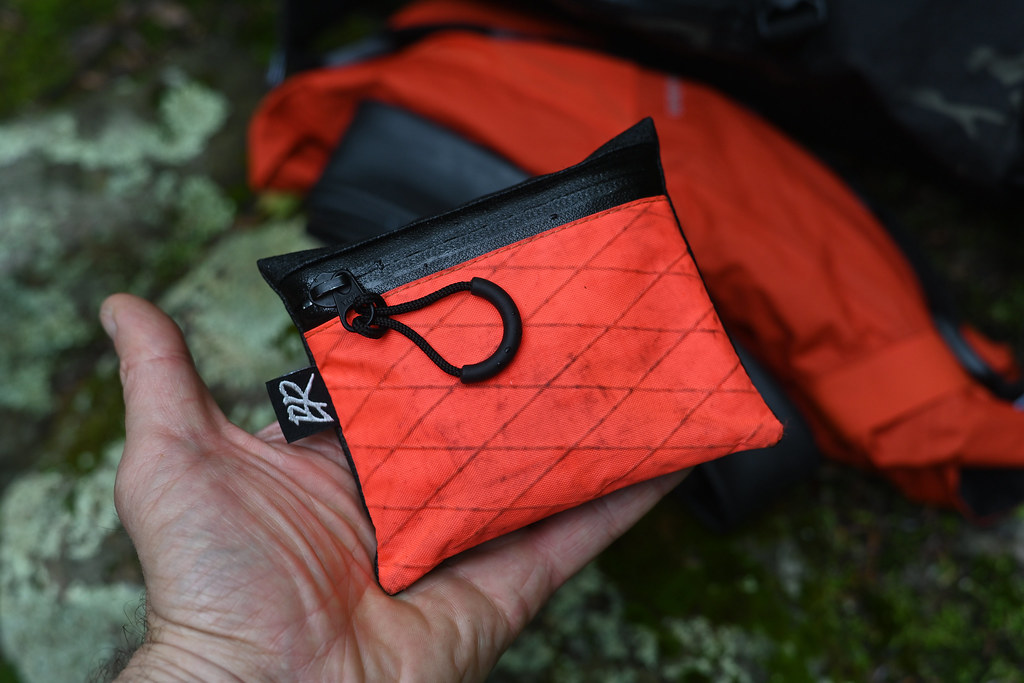 Inside the BR Pouch is the following: 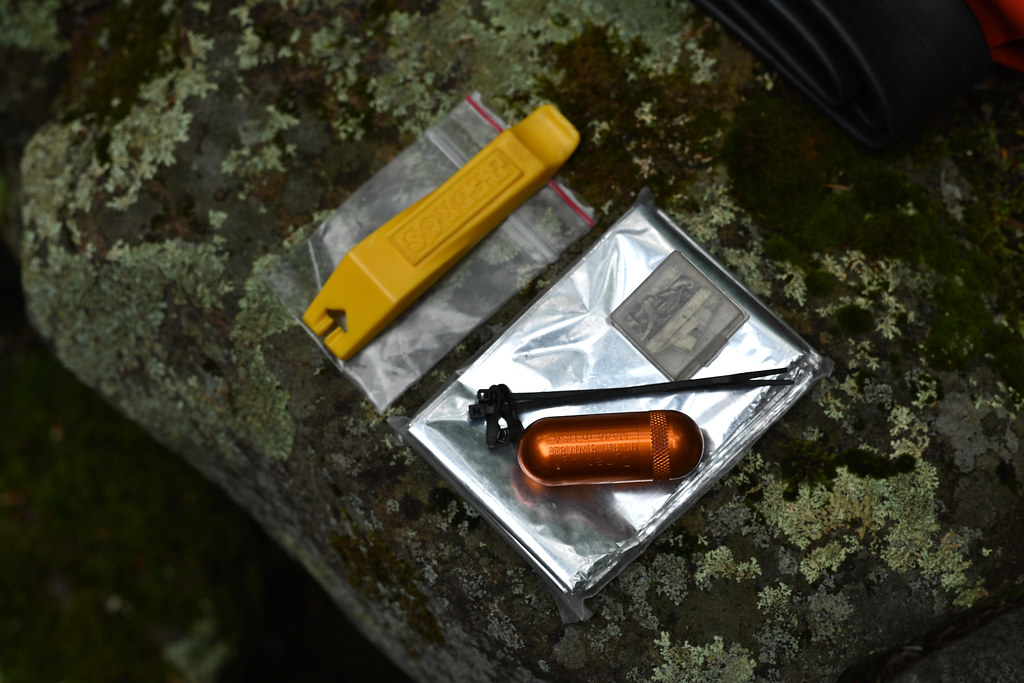 Emergency blanket, 2 zip ties, a spare masterlink, Pedros tire lever, typically a tire boot (not picture – I recently used one and haven’t replaced it!) and a small ziplock bag. Why a small ziplock bag? For ticks… They’re a real problem here in the Northeast. So much so if I do find one embedded, into the bag it goes for the rest of the ride and then off to Tickreport.com for testing. I always go for the $200 test because I’ve had Lyme and several co-infections. Let me tell you: That was not fun. I take no chances anymore. I’ve already sent 2 off so far this season. Both came back negative on every known bacteria. Peace of mind goes a LONG way. Dynaplug Pill! Best tire plug on the market period. I’ve used it several times now and it’s a joy to use and does what it’s meant to do: Plug a hole in your tire. Here’s a look-see inside: 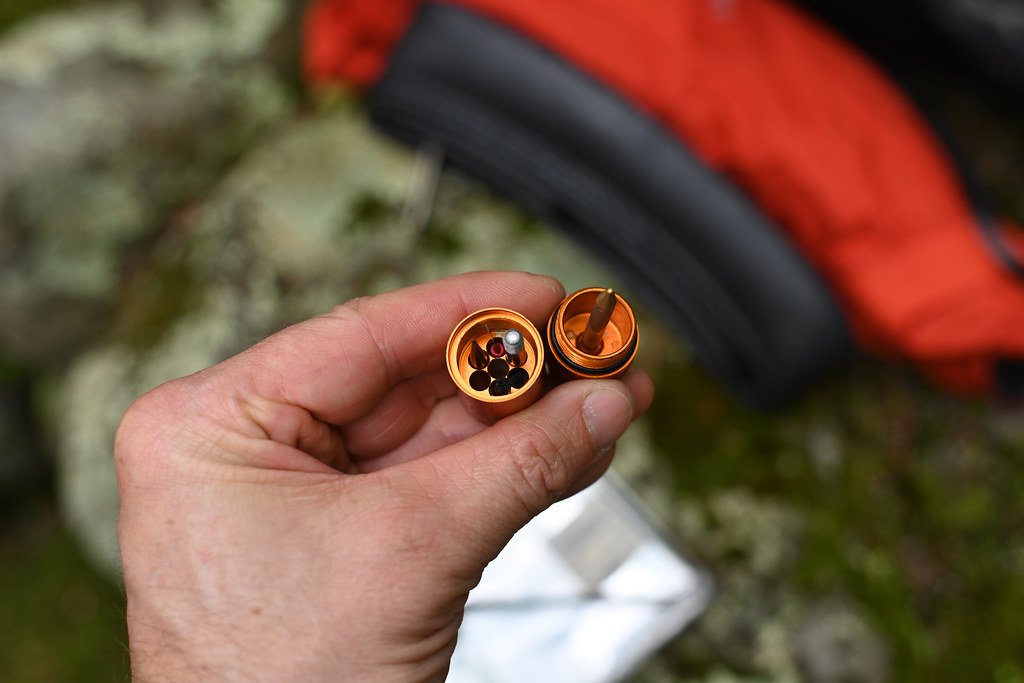 I’m going to show you two hip packs I’ve made myself. One regular sized RAT PACk which is 14×4.5×5.5 inches and I’ve been trying out a slightly larger version for comparison sake. Here’s what was released to everyone this past week: 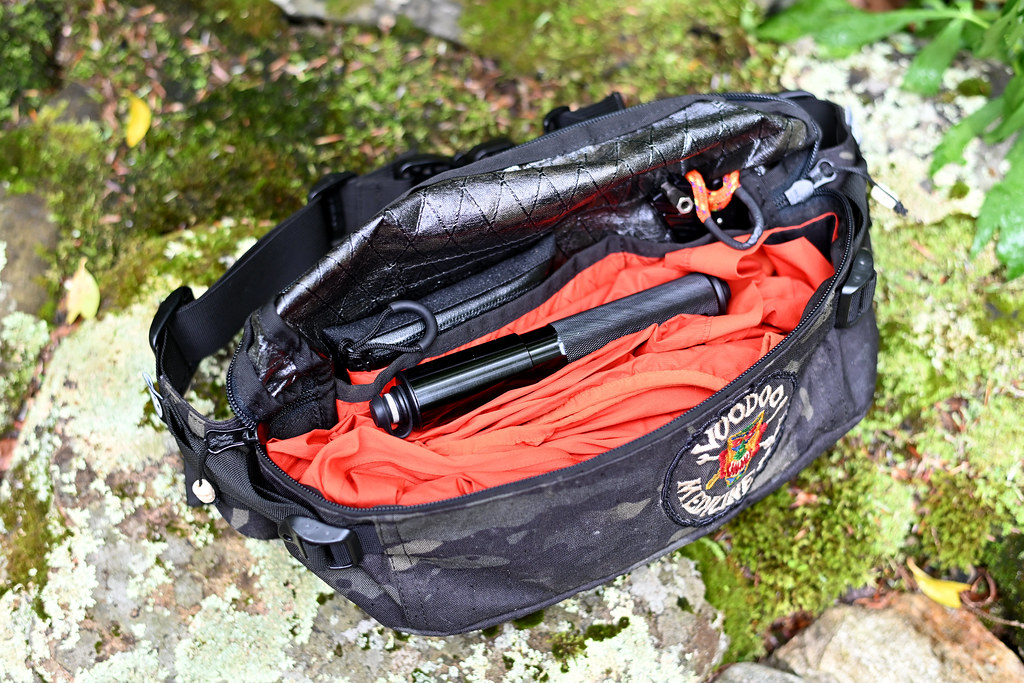 This ones been a bit personalized with some skull bead counters and my Father’s “Voodoo Medicine Man” patch from his tour during the Vietnam War. But it’s identical to what is currently on the site and was for sale. A water bottle will fit inside but I typically carry this one when I’m riding my hardtail which can carry 2 water bottles. 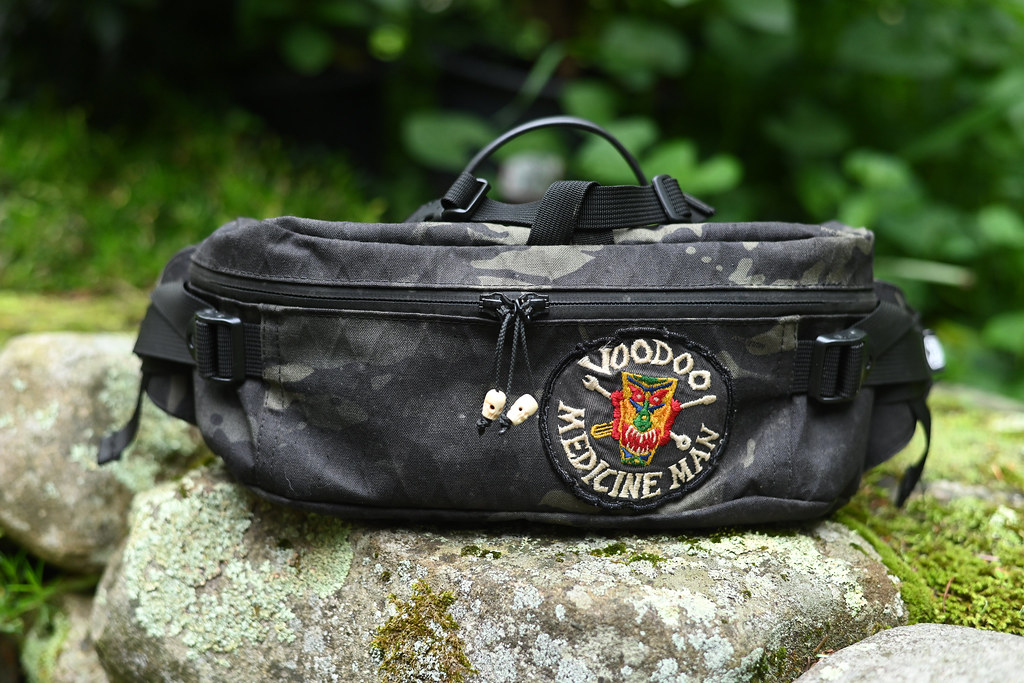 The second version is a bit deeper and taller than this one. This one comfortably carries a spare bottle inside with room for other goodies easily. It also has two rows of organizational pockets inside vs the released version has 1 row. 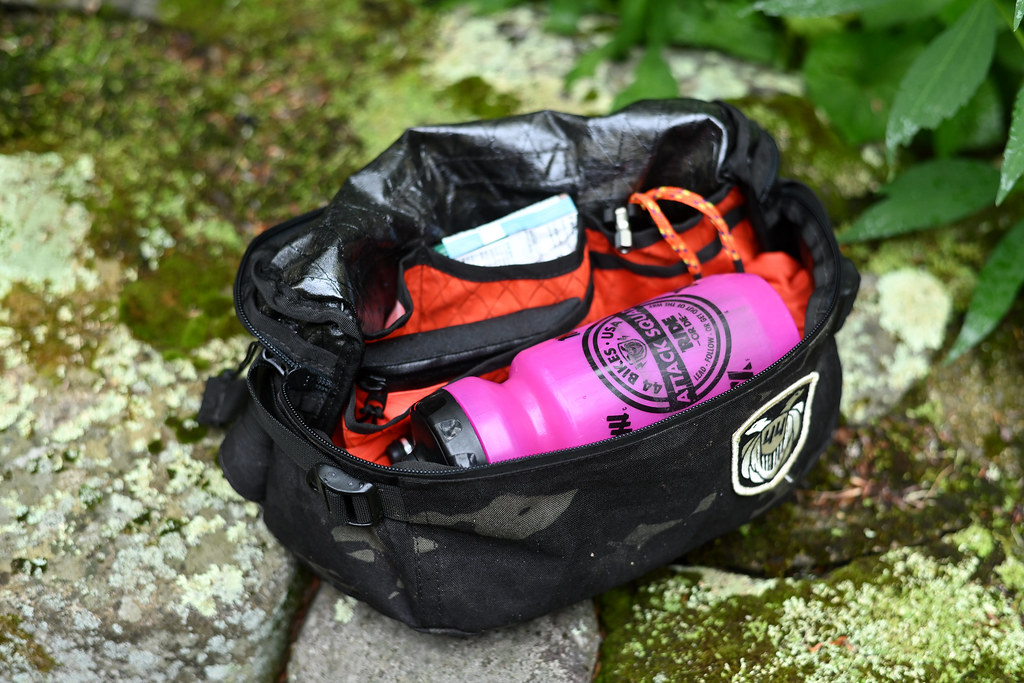 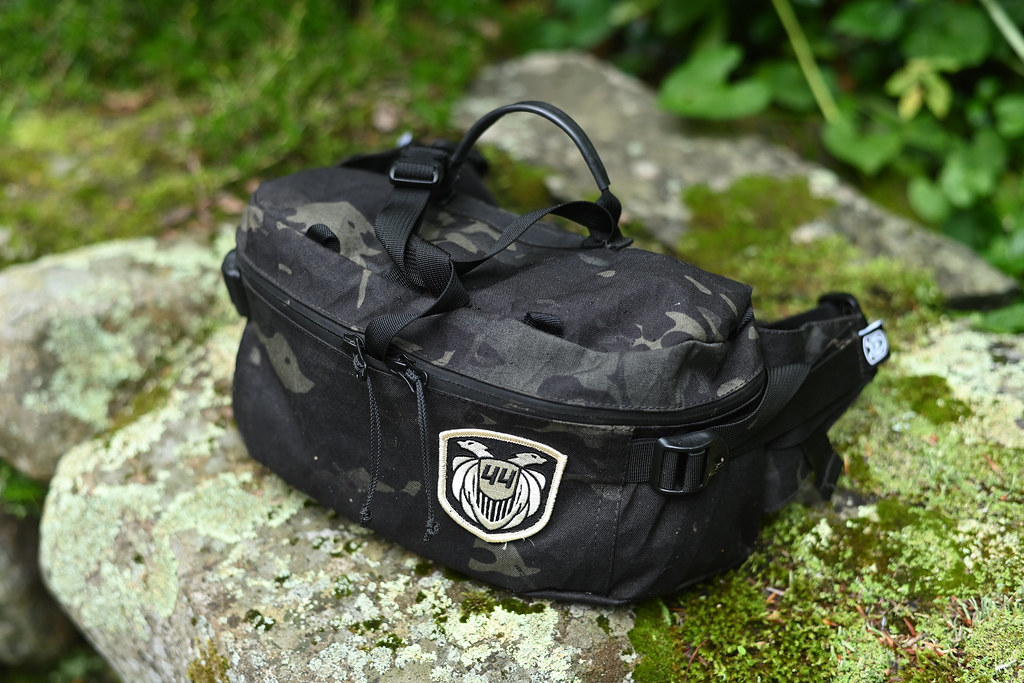 This one used to have a bungie attached to the top but I later removed that and settled on the crab strap and triangular cinch strap set up that you currently see on the RAT PACK. This one’s for bigger days or for those who want more space. But I’m testing this out in every scenario and condition I can throw at it. We’ll see, but for now, the OG RAT PACK is pretty dialed. But there you have it. My Every Ride Carry!