Over the past few seasons, I’ve gathered that a bunch of TIG Welders follow me on Instagram. One comment I have been getting a lot of lately is “You need to get yourself a gold filter!”. Ok. I’ve been informed! I’ve been TIG Welding now for some 20 years and never really thought much of changing the lens which is a stock No. 10. Some swear by a No. 9. You get used to what you’re used to I suppose and in this case, I was used to what I was used to. But with this encouragement from fellow welders, I decided to track down a gold filter.

But where to start. I knew nothing about said gold filter. All I knew was it was hailed as “you can see so much better!” So on to the Miller help forums and scouting out welding topics discussing the in’s and out’s of filters. According to the experts, it seemed you could go one shade higher, see more and gain even more protection because of the gain in clarity. Others argued that they found they were dropping down a rating. Some preferred polycarbonate lenses vs glass lenses, and vice versa. One thing for certain on my end is I really like how light my Jackson helmet is. It has a polycarbonate lens in it, and glass filters do weigh a bit more but are more easily scratched/broken if dropped. I’ve dropped my helmet ever once in a while, and I really like how light it is, so I decided to get myself a No. 10 and a No. 11 Gold Polycarbonate Filter. 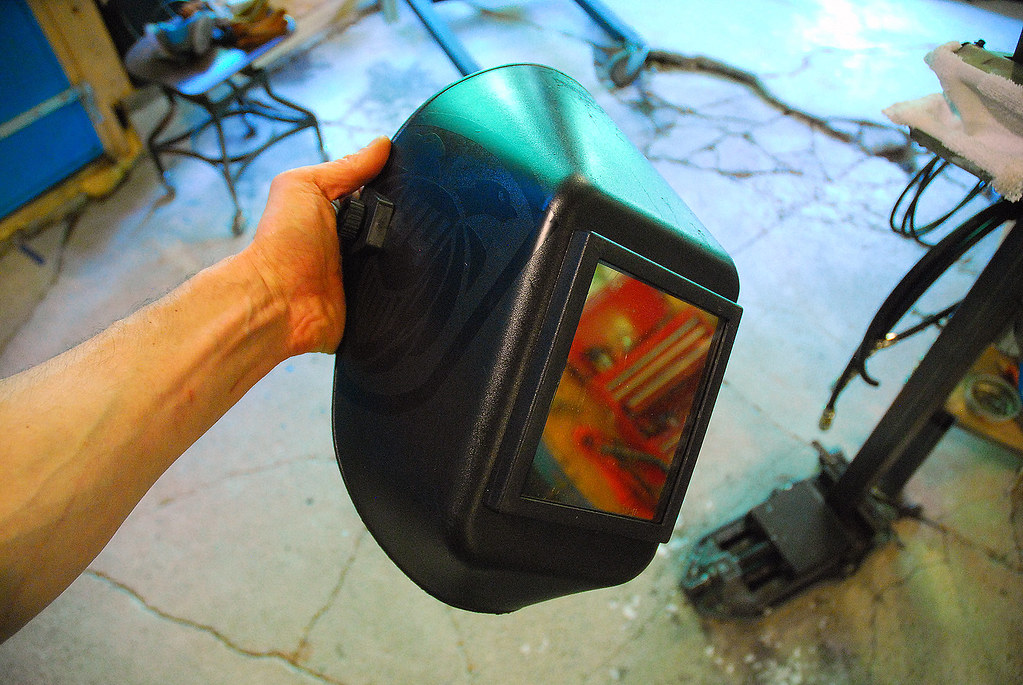 Well, as they saying goes: Seeing is believing. Man – clarity was an understatement. What was interesting to my eyes was the perceived trueness of color of the weld. Normally, things appear on the greenish tint with a stock No. 10. I was now looking at the weld in “Technicolor” basically. I swapped between both the No. 10 and No. 11 a few times and the view shed is slightly smaller in the No. 11, but the differences are subtle. I can weld with both but initially I was seeing some odd refractions/reflections when I first started welding. After welding for a bit with the No. 10 and then the No. 11 and going back and forth, I realized what I now was seeing were the small scratches/scuffs on the plastic protective filter sheet that sits in front of the filter to protect it from being scratched. So yes, I am indeed seeing even more – I have to get myself some new covers!

But thanks to all who insisted I try one out. Definitely won’t do the welding for you, but I can certainly see a heck of a lot more now at the weld site. Posted in Shop Life / Ride Reports.
Share
PreviousRide at 5
NextMarauder : Back in Black