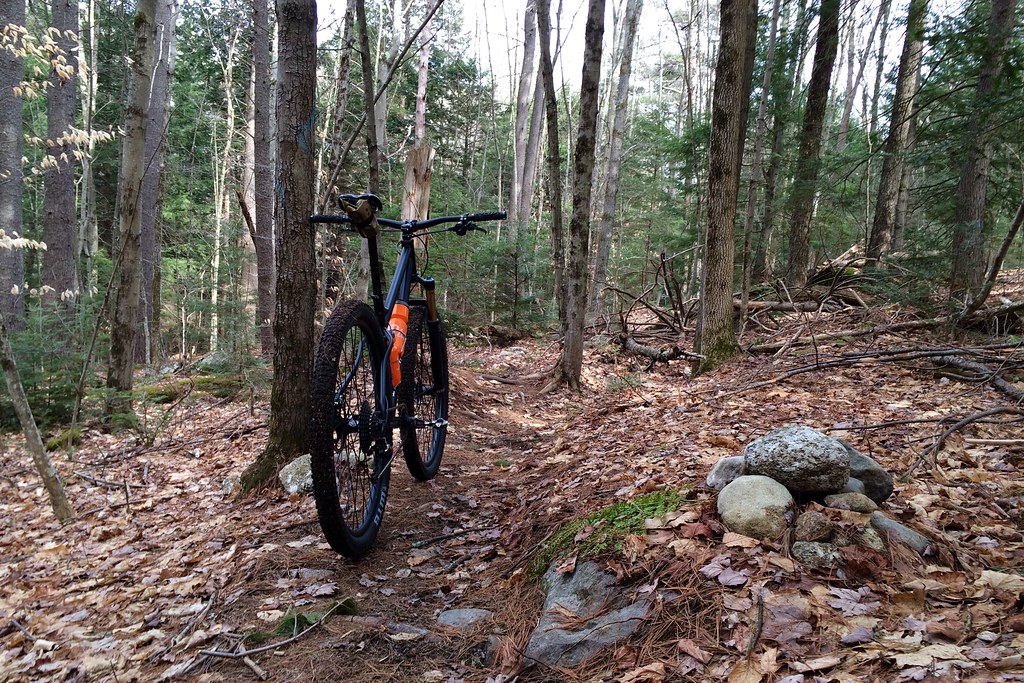 I was speaking with a good friend recently who I’ve known well over 20 years about trails, trail ethics and trail courtesy. We attended PSU together and met by chance I want to say in one of the dining halls? Both cyclists and both, I would say, not exactly cut from the cloth that made up the student body at the time at PSU. We didn’t drink. We didn’t party. Straight edge without declaring we were straight edge. Anyway, we used to ride around campus together, he on his BMX and me on my mountain bike (Me wanting to have a BMX but only had a mountain bike) and we’d attack just about every little feature on campus. We’d spot things no one would pay any attention to and session the heck out of them. This of course led to some trials-like maneuvers. We didn’t have true trials bikes, but what we did have were two wheels beneath us and our skills to hone. And so it was. Both of our skills on the bike kind of developed into a trials-like riding style. Eye up obstacles, pick the line apart and link things together with some style and finesse.

What he didn’t have was a mountain bike at the time, and I did, which led me farther away from campus, frequently exploring the then very small trail network which always seemed to sprout new trails every so many times I’d head off campus to ride. So as I was honing my skills on the bike, I would put my mettle to the test out in the woods based on the sessions my buddy and I had on campus. In time I started to get better and better at riding tech but it was because I was constantly honing my skills to become a better rider to layer on style and finesse to make tough technical sections looks buttery smooth. Some times that was achieved, and others… well not so much!

All the while, I was also indulging my want of information off the bike and that was in print. I recall an article in particular that read to the tune of “Rules of the Trail”. Now I can’t recall what publication this was, but what I do recall was it’s scope: These were unwritten rules that all mountain bikers should adhere to when out on the trail. These kind of set up a foundation for me. Kind of an unwritten code of ethics if you will and I’ve carried them with me to this day. In short order, they were:

– Respect the trail.
– Carry yourself responsibly through the wilderness: Pack in. Pack out.
– Leave no trace beyond tire tracks.
– If riding down hill, yield to those climbing. No exceptions.
– Avoid trail widening. Stick to the trail at all costs.
– There’s no shame in walking.
– Never cut corners/switchbacks. They’re there to prevent trail erosion.
– Put your time in on trail maintenance.

The first one being paramount: Respect the trail. This sets the stage for every line item to follow. That carries more meaning that just skim value. Without the trail, we’re not riding in the woods. As more and more cross over from other sports or use mountain biking as offseason “training”, I’m not sure some of these ethics are carried or possibly called to attention? So for anyone new to the trail, the above list is a good place to start.

One thing that happens as riders develop is that their skills aren’t there yet which is no fault of their own. Skills and honing on trail skills just take time, patience, dedication and putting trust in your wheels (that’s a subtle hint by the way). You gotta push yourself to hone your skills of course, and that means attempting new lines that are above your abilities. But that doesn’t mean the trail should suffer for your inherent lack of skill. This is where trail widening comes in to play and it’s not just the “Greenhorns” who are guilty either. Skilled, experienced riders are just as guilty. If you can’t ride the line in front of you, don’t create a new line, effectively dumbing down the trail to your abilities or widen it to make up for your lack of skill. This is where walking comes in to play and where the no shame in walking rings true. If you can’t ride the line: it’s ok to walk it. Note the spot, decipher what went wrong and try again or come back and session that spot till you get it dialed. If you are trying to ride the line and end up “off course” and wonky, no shame in that either. But if you can’t ride a line and deliberately go off into the cabbage to avoid the tech and hence, create a whole new line just to keep riding? That’s unacceptable. You’re widening the trail. Others will follow suit and effectively create a new line (and often it’s just a widened trail) so that’s to be avoided.

So from me to you: Please respect the trail.

Posted in Opinions on all things Bikes.
Share
PreviousDroppers
NextIdeas