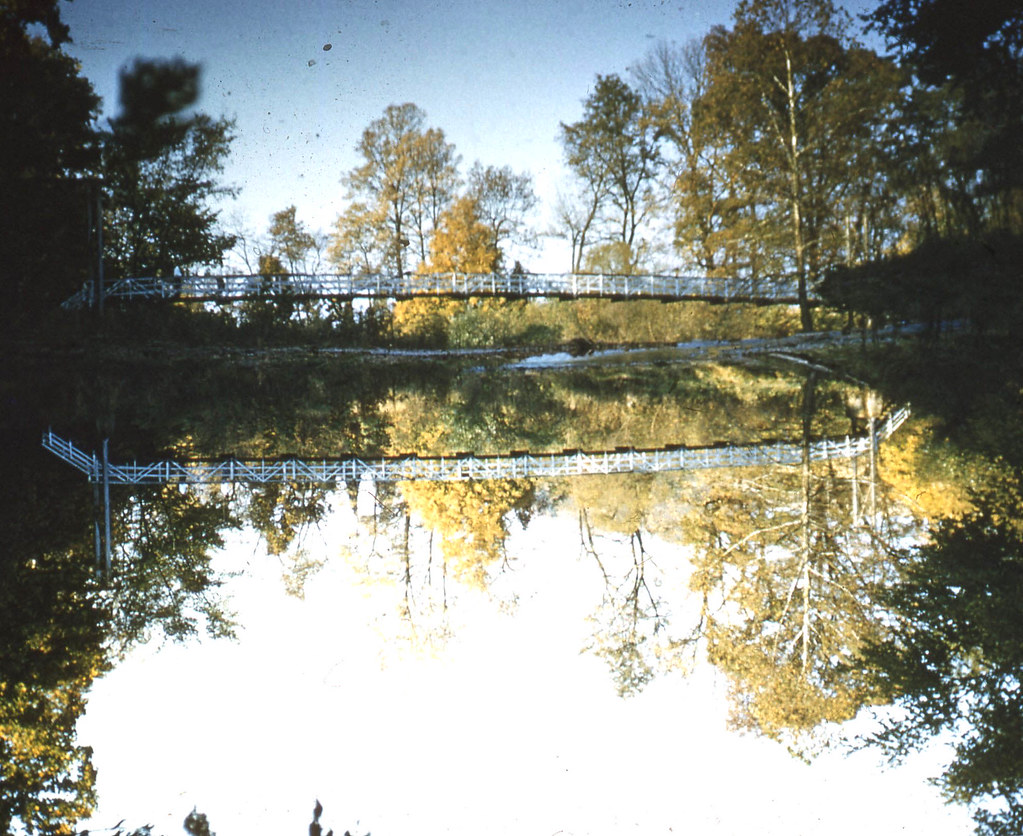 As I’ve mentioned previously, I love History. Especially when it’s close to home and in this case, it’s to do with my home town. When I was a kid, I’d hear a handful of stories repeated often about our Valley (The Upper Perkiomen Valley to be exact). There seemed to be a soft place in my relatives heart for certain aspects. But I picked up on a blend of resentment or anger occasionally with some stories and they all revolved around what I knew as just “The Lake”. Technically the Reservoir which feeds Philadelphia and it’s suburbs during drought. My Grandmom (Anna Mae Malasky, my Mother’s Mother) had a sort of sarcasm about “The Water Company” as it’s previous owner was called by locals. Gram and Pop (Dad’s side) had a bit of sadness some times telling me about pre-lake terrain. So I had all these stories about big generational farms. Open country. Scenic creak beds. Stone arch bridges. That massive covered bridge on Knight Road. Markley’s Mill and the Markley Farm. And this mysterious bridge out on aptly named Swinging Bridge Road. But all I saw was lake. So I had to ask a lot of questions to orient myself. Some times you can, other times well, there’s just not enough there to truly see or the memories were foggy so you may have gotten some fuzzy intel. Regardless, I loved these stories. When there was a drought, you could walk out on the lake bed and see foundations emerge and old road beds appear. It was like archaeology for me. But there was something solemn about every one’s tone.

This carried me through my youth, through middle school and into high school when I picked up mountain biking some time between 8th grade and 9th grade. What was particular special for me was of course heading over to Grandmom’s. See, Grandmom’s was located on what remained of the Malasky farm. I didn’t know that at the time but of course eventually put it all together at some point. My Dad nicknamed her house “The Ponderosa”. All roads lead to the Ponderosa as the saying goes and my path certainly always ended up there just about every weekend. It over looked this lake and valley. Part of the Malasky farm was in the woods or just inside tree lines. You could spot my Great Grandmother’s flower beds actually (Orange Day Lilies) and if you know where to look, you can see some of the field stone around some of the old foundations. I loved Grandmom’s for these reasons and many more. It was much more than a place. It had roots well past anything I knew but those roots were mine and that made it even more special.

Up until recently, I only had bits and pieces of pictures I’d seen of the area. Mostly taken in the 1930’s. All black and white. Until recently. I got a call from my Dad one morning and he asked me for some help possibly if he needed some large format images printed for a presentation he was helping out with for Upper Hanover Townships 275th anniversary. “Well… What the heck do you have?” I naturally inquired. Dad starts in telling me about this hoard of images he came into possession. 4 cd’s of color photographs scanned from slides as the reservoir was being built. Huh? I wanted copies. I NEEDED COPIES. So he had some copies of the CD’s made, and painstakingly put together a number list of images (not comprehensive but just enough so you could fill in the blanks). I waited patiently for the mail to arrive…

And did it EVER arrive. I’ve been having so much fun combing through all these historic images. Helping my Dad I.D. some of them (and as he’d say “I know just enough to be dangerous…”) by cross referencing some high resolution aerial reconnaissance photographs of our area from 1942 through PSU’s “Penn Pilot” website. I have the Adobe Suite naturally, so I can open images in photoshop, zoom in, crop then import them to Illustrator to add directional arrows, reference marks etc. so we can talk and orient ourselves over the phone. Man, what a blasts! But, boy does it paint a clear picture just how much more beautiful my area growing up could have been. The old “what could have been” scenario. It also shows me just what the covered bridge looks like. And what it looks like as it’s being dismantled. It shows me what Markley’s Farm looks like. Then what it looks like when it’s been razed. Then what it looks like when it’s been graded. It shows me Mensch Dam Road with that massive stone arch bridge (5 spans!). And what it looked like when it was gone. I even have a color photograph of my Great Grandmother’s farm. Standing. Then burned. Then graded. It goes on and on like this. It’s beautiful and sad all at the same time. It shows me how powerful forces from the greater Philadelphia area chose our valley for a resource, took home and livelihoods away from families and bull dozed them to the ground without a trace left. So it puts into clear perspective where some of that resentment I picked up on as a kid came from. Case in point is my Great Grandmother’s farm. It was technically considered in the flood plain. They, among other farmers, contested this in court and lost. But the Malasky’s won the right to continue working the land above 300′ sea level, hence why Grandmom had all that acreage (which now is all part of the reservoir which was put into conservation by my mom’s side of the family).

But back to that Swinging Bridge up above. See there’s a trail network that wraps around the reservoir. This is where I first cut my teeth mountain biking. This is where I got lost on countless weekends all by myself. Back in those days, no one really used those trails to their full capacity. The occasional hiker or horseback rider. I don’t think I ever stumbled on anyone on a mountain bike back there all the times riding. But there they were, these trails circumnavigating what was a green valley. I knew this and would often ride the trails thinking about those places and what if the lake hadn’t been. Think of all those trails or fields to explore! And some of these trails traversed the old road bed that was Swinging Bridge Road. Some times I’d head all the way down to the waters edge and see if I could summon it. With no such luck I’d be back on my way down the trail. Well now I can with that image above.