I had finished Victor’s 29+ many weeks ago but due to some component delays and compatibility hick-ups, we’re finally seeing the finished product. Seems the Formula brakes I’ve used on previous builds with internal cable routing worked fine. On Victor’s… the line just did not want to go through the routing without hanging up 3″ into the internal routing. I had a previous client double check his lines with a set of calipers and sure enough-there were some thickness variations between my lines and his. Just enough to make it a no go. So we went with a known line that never fails: Shimano XTR Trail brakes were deployed. Not to mention, out of the box, these brakes are just the best money can buy (IMO). So that is why you’re seeing Formula rotor’s instead of Shimano. NOt to mention, we had the good fellow’s at Brakestuff in Germany make us a matching Formula rotor for the Speedhub. (By the way… there is A LOT of metal going on back there!) 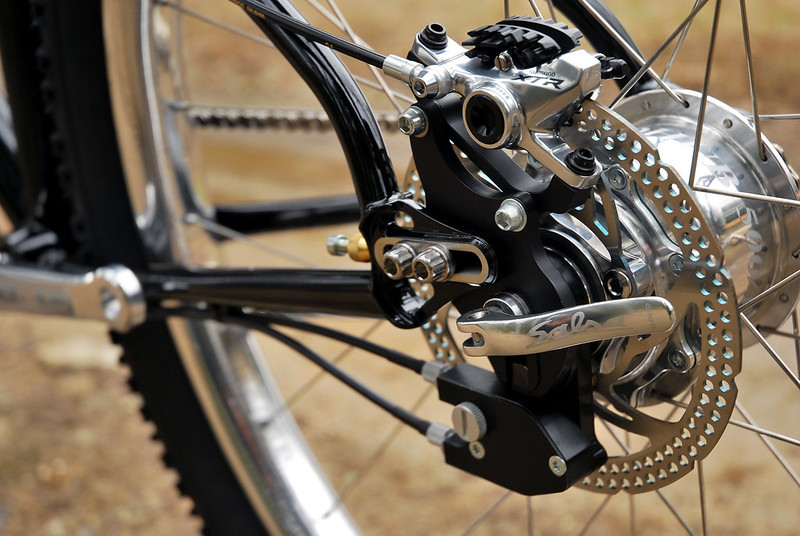 A lot of care and attention to detail went into this build. Jay Nutini at Circle A Cycles was employed to see our vision through to reality for paint. Someone somewhere mentioned the paint reminded them of a ’55 Chevy. Could not agree more. Definitely has a greaser appeal to it. I did not want to do darts in the traditional sense, but give it a bit of a new twist. hence the blocking and softer, subtle “points” used in the scheme. Jay did an awesome job getting the cream and black to hook up nicely. Right from the first project we’ve worked on, we discuss the job, what I’m looking for and I send along a mock up of the paint scheme. But here’s where it gets fun for him: I give him creative license to make adjustments as he see’s fit. I know how this stuff works. Sometimes something “on paper” needs to be adjusted once you roll up your sleeves. Transitions need to be honed, placement of panels/graphics etc. need to be adjusted. If it’s something drastic, he gives me a call and we talk about it. But otherwise, I just say “Jay, you’re the master. Show me what you got. Take some liberties. I trust you, I trust your work and I trust your judgement.” So he gets the ability to work some magic with each of my paint jobs I hand to him. He’s stoked. The work is outstanding. And the clients are thrilled. 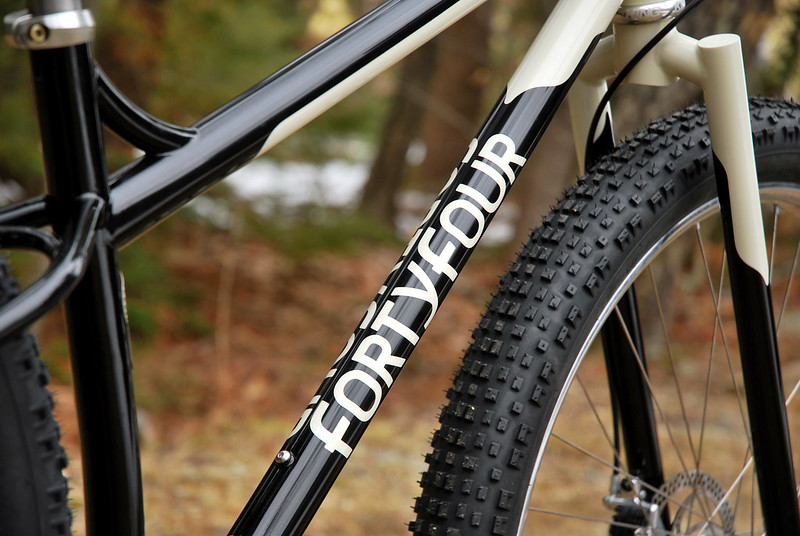 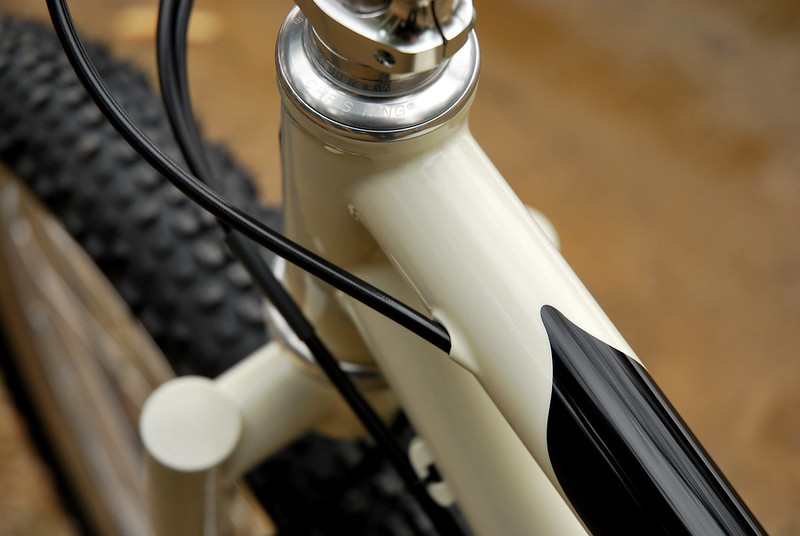 Victor wanted a bit of a retro look with this build, so we had Drew at Engin build us a tapered, 15mm TA segmented fork which was painted to match. Silver bits along with Thomson Ti Risers bars and Lynskey Titanium seat post also were incorporated to hook up with the silver Rohloff Speedhub and Silver Velocity Dually’s which were hand built to spec by Mike at Lacemine29. 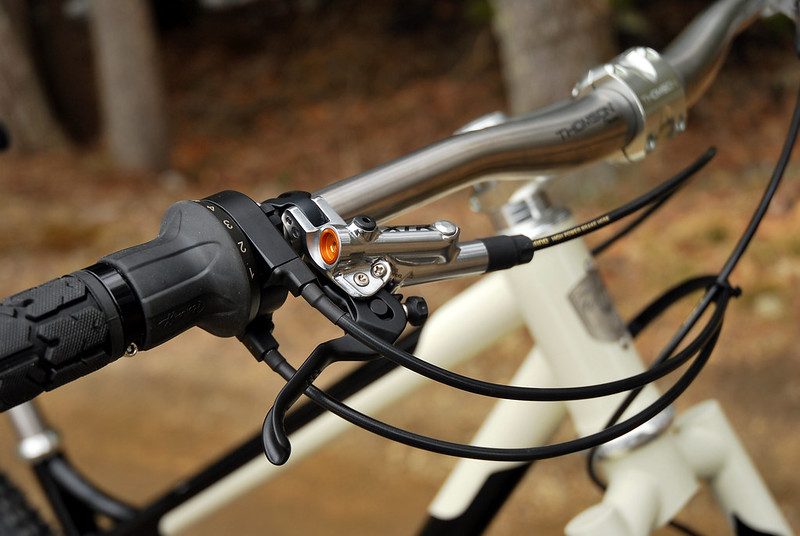 Paul Components were employed for crank duty with a Phil Wood bottom bracket. Only the best of course. One thing about this build: Being a Rohloff specific build, it had to be 135mm rear spacing. It also had to be 73mm bb width to achieve a specific chainline. If I had my way, I’d build 29+ around a 150 or 155mm rear axle spacing (you’ll read more on that in a later post) and 83mm BB width. This gives us plenty of room to work with for chainstay tuning in terms of length, and sets up the drivetrain just right to get good chainline with that BB width. But, Rohloff as it were, we were locked in with some standards. So some things were stretched a bit, but ultimately, I built a fun and fast bike that’s “just so” for Victor’s riding style.

Here’s some shots from the studio: 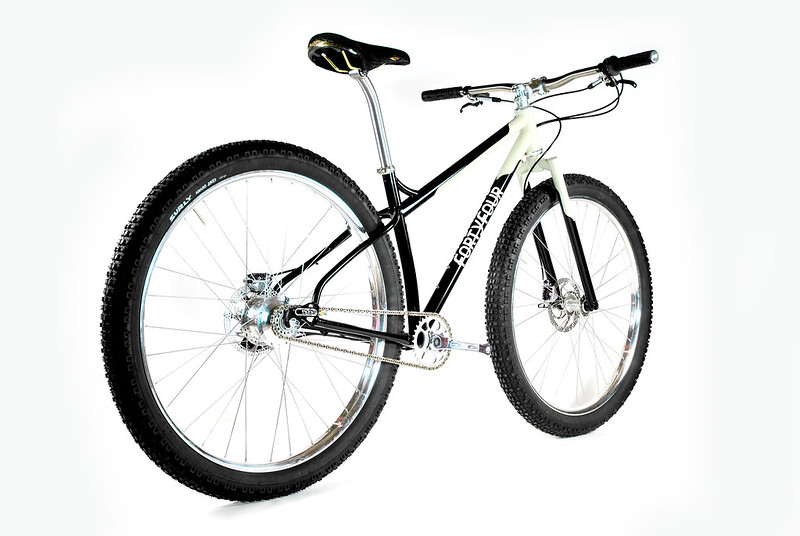 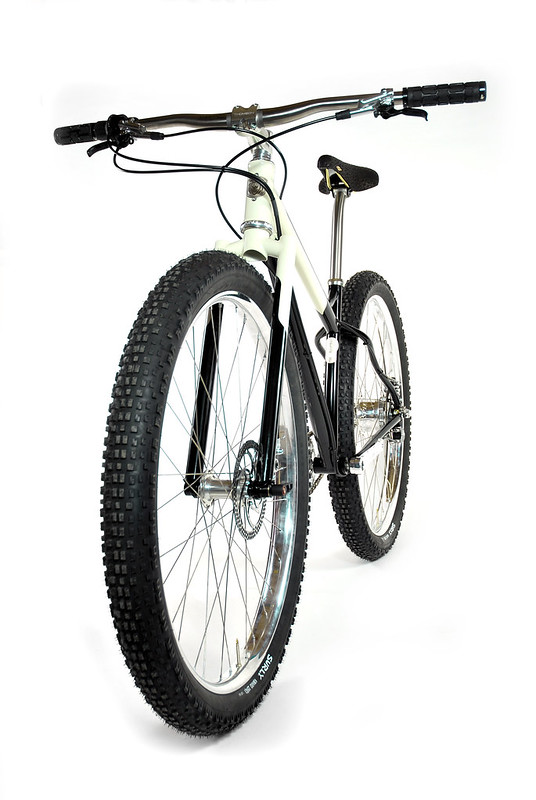 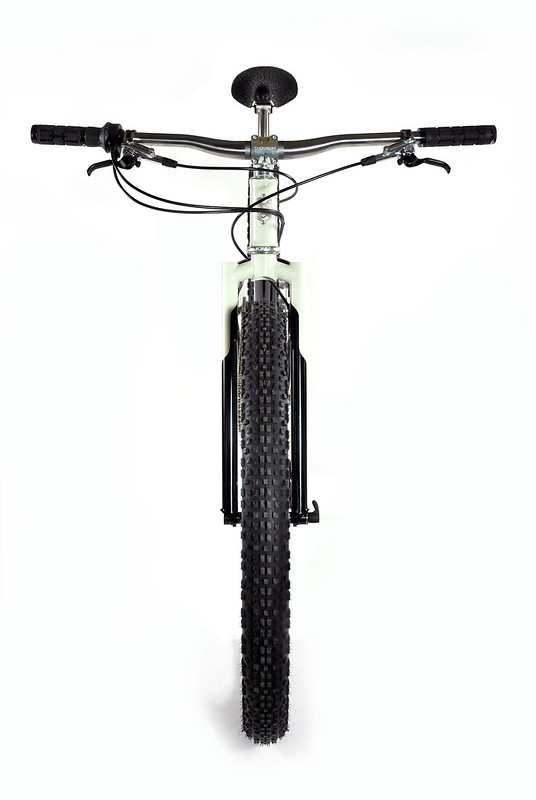 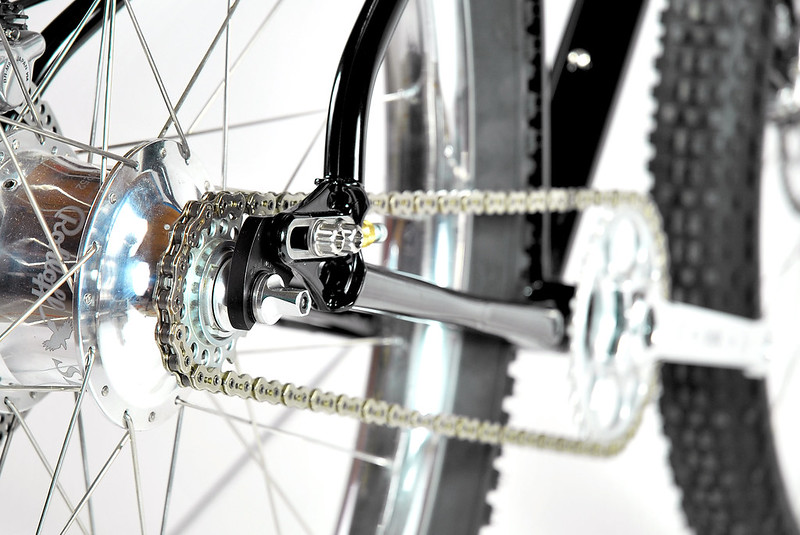 The full build set can be found here for those interested in seeing the entire bike from start to finish. Enjoy.