Finished and built up Ron’s Huntsman this past week – she ships out first thing Monday via Fedex. As I was wrapping the bars, which I always do last – just seems to put the lid on a build nicely – I was once again reminded of my old buddy Turbo. AKA TurboNerd… 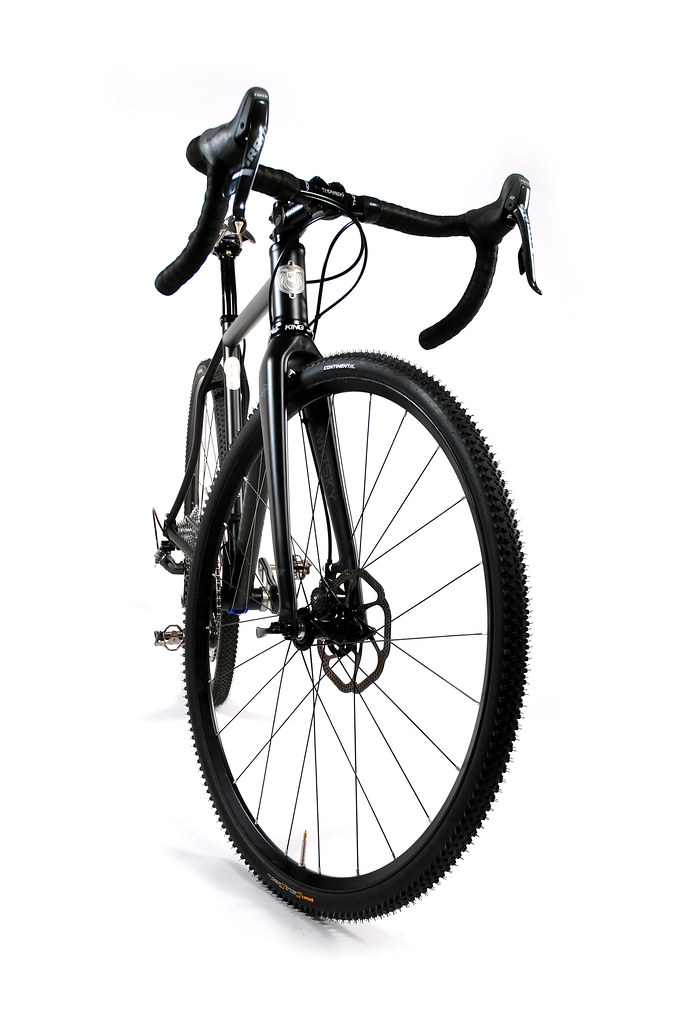 This brings to mind a fond memory. Every time I wrap a set of road handlebars, I’m reminded of a coworker I had the pleasure of working with who had the nickname of “Turbo”. I was introduced to “Turbo” when he moved from the sister store of the bike shop I worked in. He introduced himself, which I can’t recall his name, but then stated “but just call me Turbo”. Ok. Good enough for me. I might have even added his real name in my reply… which might have been my undoing. Well it came down the pipeline that the FULL nickname actually was “Turbo-Nerd”. It seemed he had amended this nickname. So we had some fun with that one ribbing him. Well, he took particular offense to me for some reason and took it upon himself to be my Handlebar Wrap Nazi. Every road bike I built, no matter how tight and perfect those bar wraps were, he unwrapped them, and did it “his way”. Which ironically, from where I was standing, was exactly how I was doing it? But apparently mine was not to his specifications. (He also had a thing about tire pressure too…) So I’ll be damned if my shift didn’t end or I was just coming in for my shift to start and good old Turbo would be back in the shop rewrapping a set of bars I had wrapped the previous shift/build/repair et all.

Each time I wrap a set of road bars, I think of Turbo, those times gone by and I think to myself:”I wonder if these are to Turbo’s specifications?”

Ron’s bike is a mix of business and brute force. On the one side, it’s a smooth commuter, fenders and matching rear rack. Force 22 2×11 with Whiskey No. 7 fork. XT Pedals because nothing else matches their performance. Schwalbe Marathon tires for extra safety and protection – a full 28mm tire mounted on Stan’s Iron Cross Disk specific wheels. But then there’s that time when dirt calls. Roads that lead off the beaten path. This is when the sleeves get rolled up, the cap gets turned backwards, fenders off and 32mm tires go on. Conti Cyclo X-Kings do the job here. This then becomes a bike that comes at you like a knuckle sandwich. “Lead, follow or get out of the way” kind of knuckle sandwich. This is really a great illustration of the Huntsman and all that versatility in a smooth, visually balanced bicycle.

I hope this is to your spec’s Turbo. He’d probably scoff at the bobbed fender. 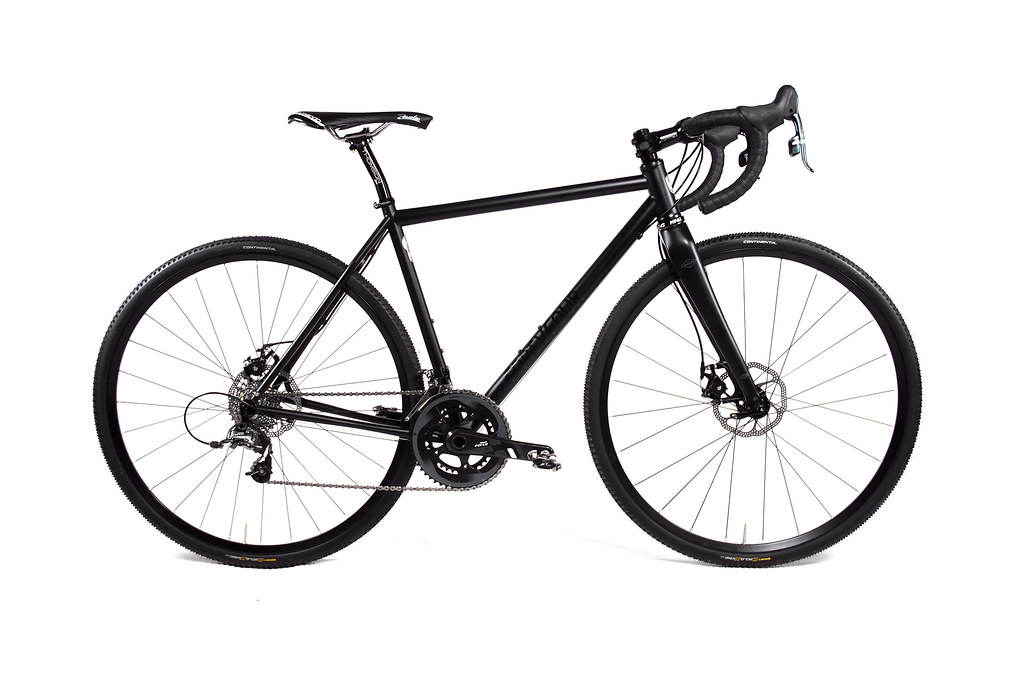 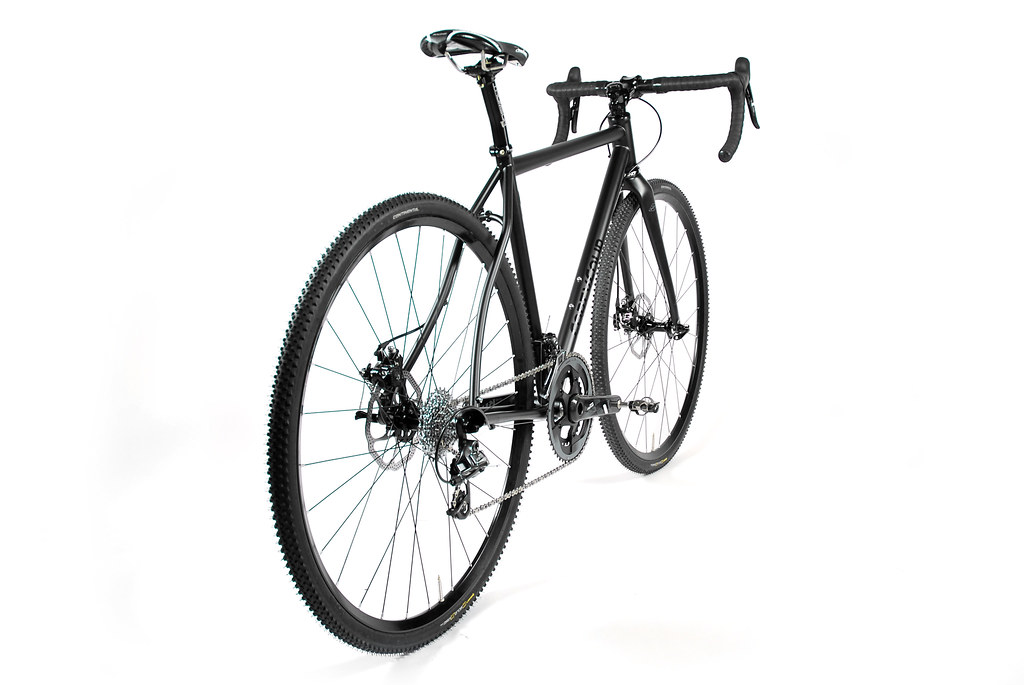 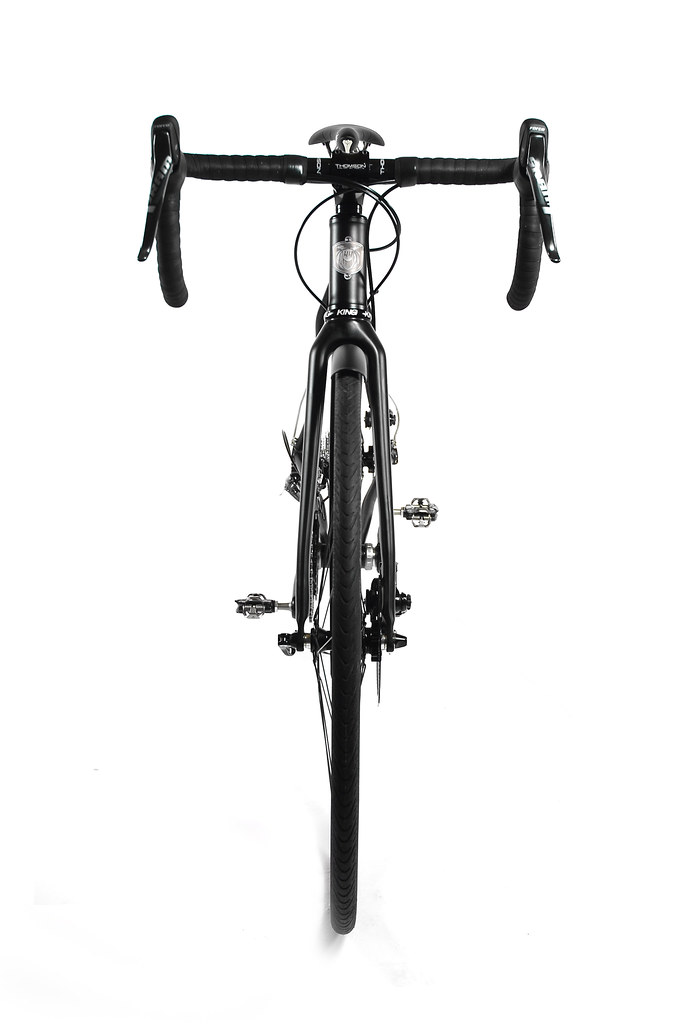 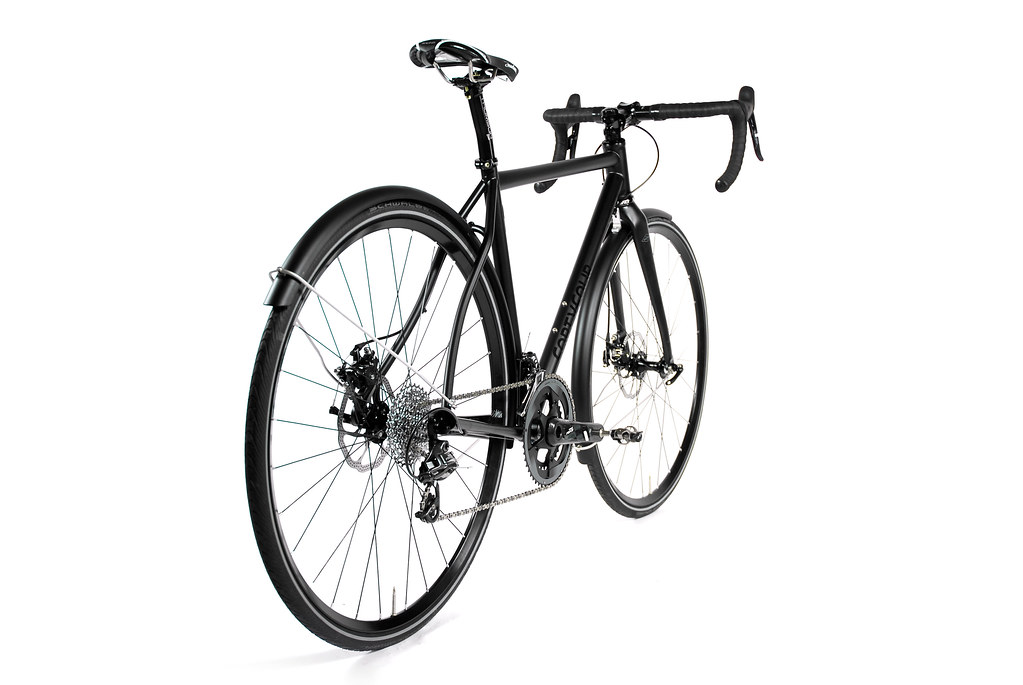 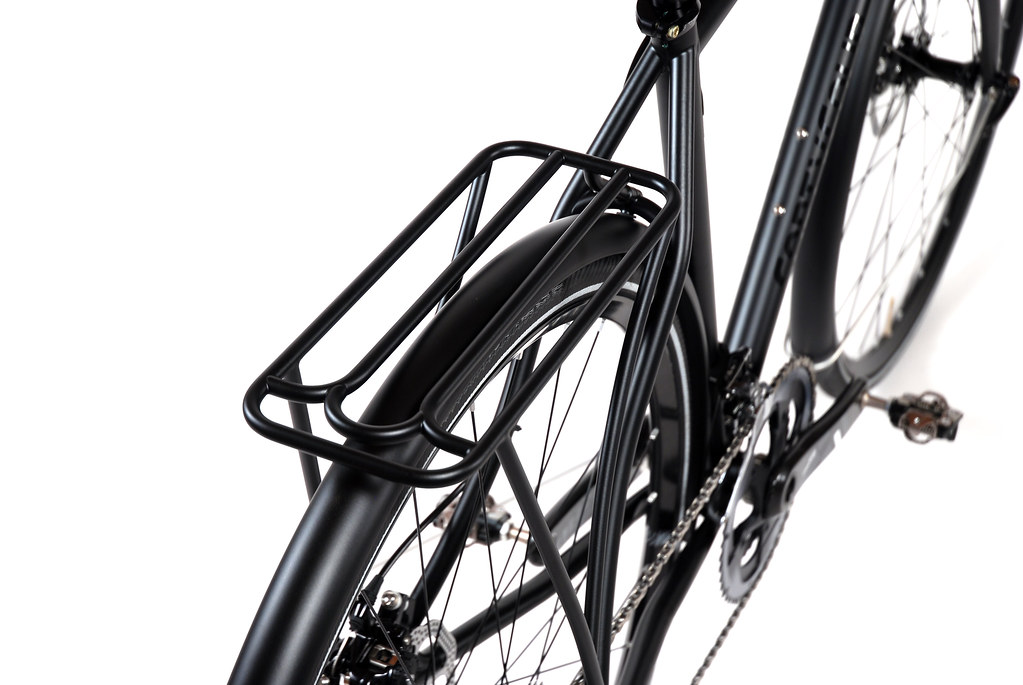 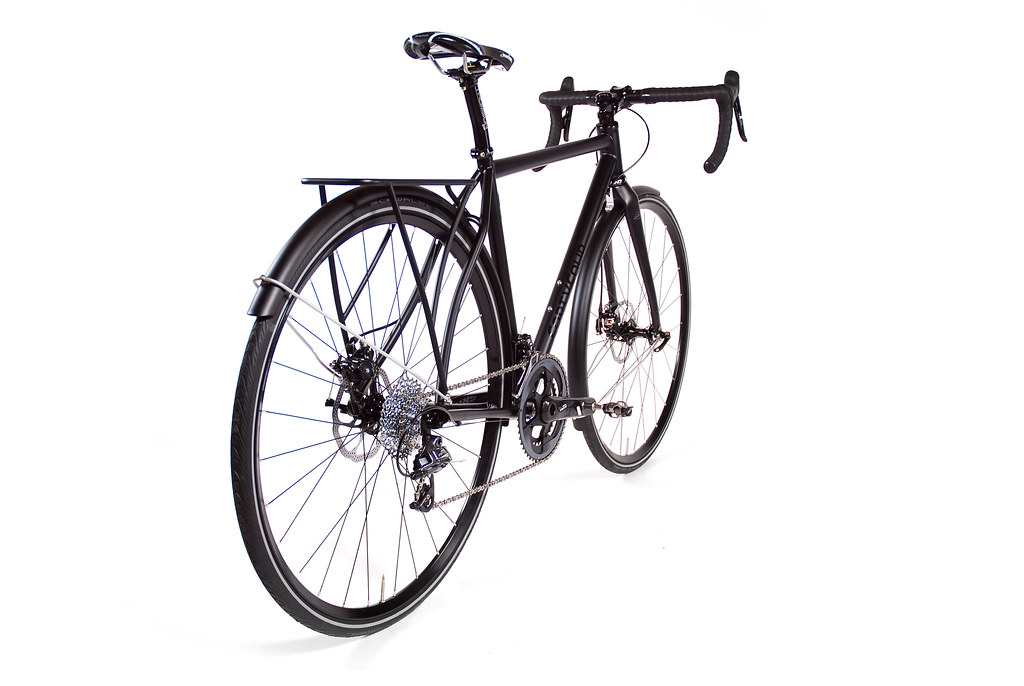 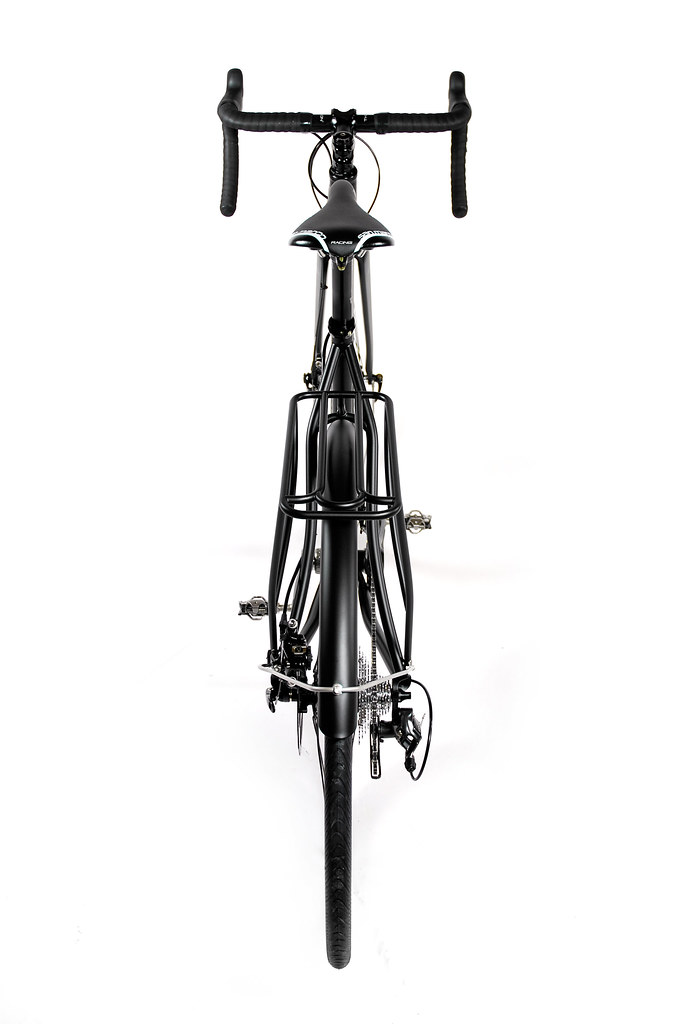 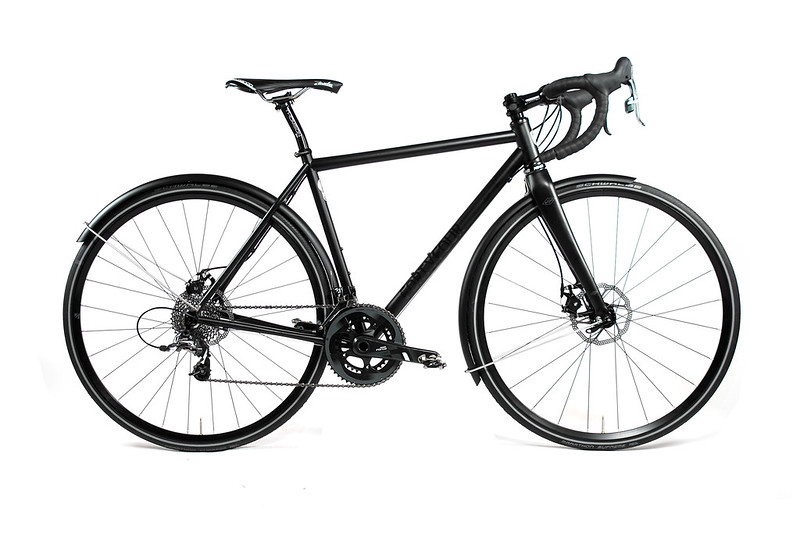