So I think I’m just going to start calling bikes by their wheelsizes. A additional letter will denote a special quality about them. So say a 44 29er with straight seat curves would be referred to as a 44 29s. A 44 26 with a flaired seat tubes would be a 44 26f. Makes it really quick for me to reference documents and associated tech drawings. So what i’m working on now is a 44 26f for myself. The one I made for my wife Lynn turned out pretty nice-and now I think I’m making one for myself. Love the big wheels, but I have to say there is still something much more playful about a pair of 26″ hoops. I don’t have a preference either way, but depending on terrain and mood I’m in, I sometimes just pick one over the other. If I have to ride to the spot (which is about 95% of the time) I pick the big wheels as there is a good amount of time spent on roads/dirt roads. But if I’m traveling, to a more technical spot in another state.. well then sometimes I go for the 26″ hoops. Either way its all good.

This builds going to be interesting though-paragon drops, chainstays and seatstays will be hand drawn and formed, flaired seat stays along with the new Paul Components “Mini Link” EBB shell. Basically the exact same thing as their larger shell, just smaller with just enough swing for a singlespeed setup. Also good practice for me building with an ebb as its a challenge to keep the shells in round. I’ll have to make some heat sinks for these-as I’ve been meaning to make some nice ones for the seattube, headtube and bottom bracket. NIce thing is a 68/73 mm shell ID and HT ID are the same.. So I can use one for both. Keep the eyes peeled for that coming soon. This summer could be the “summer of tooling”. More later – here’s the progress: 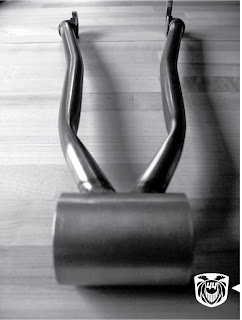 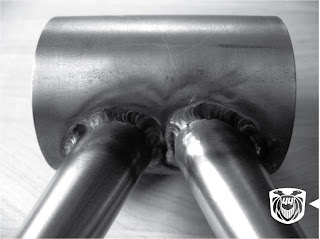 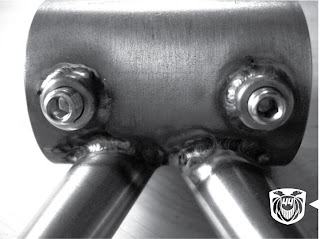