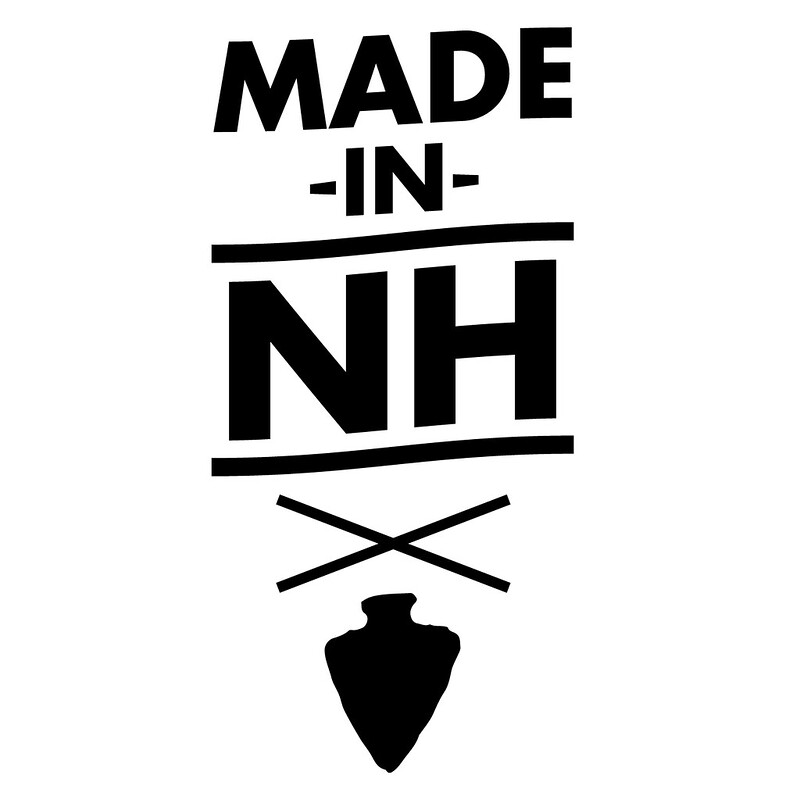 I’ve been attempting to get my top mount decal art sorted. These will be printed by none other than SSSink. The logo and logo font have been finished for some time. The one piece that has had me a bit stumped was the “Made in NH” art. I’ve been working on and off for a few months now when inspiration hits me, and in between other design work or between frame builds. But this has one just seems to be evading me for some reason. Nothing felt right… Or “Just So” as Poppy would say. A good majority of the time, when I create graphics like this I have good direction, inspiration abounds and things come together. For whatever reason, things were just not clicking for me on such a simple piece (and maybe that was the problem?). But like all things I do, it has to have meaning. Nothing I do can’t for some reason, and perhaps that is my attention to detail oriented personality. I think it’s part and parcel to the knowledge and training passed along to me that everything should be considered and nothing left to waste or not to have meaning. If it’s a detail in the design, it must have a purpose otherwise it’s just a kind of tinsel.

I was working on this again this past week, again getting no where fast when it occurred to me the parallels between artifacts and bicycles. Both are tools, purpose built with specific intention. Materials are chosen and used. Methods perfected and hopefully passed along to the next generation to be once again, perfected, honed and perhaps from repetition and use, new methods or advancements are made. It’s a really interesting cycle. And it’s a cycle I find many parallels with when it comes to building bicycles. And I only just realized it this past week when sitting back looking at these artifacts I found as a kid and teen.

Where I grew up, if you know where to look, Native American artifacts abound. I was lucky enough to have a Father who at a young age, took an interest in all this and began arrowhead hunting in the fields surrounding his house in Red Hill, Pa. Back then, from his back door (and later that same backdoor of my grandparents), he could take to wide open fields which dotted the Perkiomen (a local stream). This was later the home of a large reservoir which was created as a feeder to Philadelphia I believe. But as I grew up, he often retold stories of his adventures by himself walking the farmers fields which dotted our valley and followed the Perkiomen. Many of which when I grew up, had been surrendered to the lake and thus these stories of these special places now locked under several feet of water were retold.

My Dad’s actually a great story teller. He has a special way of telling something simple that captures the imagination. At least it captures mine and I am all ears when he begins a story. One particular place was the old Judge Knight Farm. When the lake is low due to a drought, we’d “sneak” out and rake the exposed beach in time before a summer rain. This acts much like a plow would in a farmers field and brings any chips or pieces to the surface to be washed clean. So this habit of his carried through to adulthood and as a kid, he would take me out to specific sites/farmers fields to hunt arrowheads. He taught me about the materials used, what to look for in a potential site, where in the site to look, and “how” to look. That’s an important piece of information passed on mind you. Anyone can look, but it takes a discerning eye to actually SEE what you are looking at. This carries over into many things I do I have found. Looking is one thing, but to truly see is something very different and very subtle.

Anyway, one of my first points I found was the Perkiomen Broad Point. A specific piece to my region where I grew up that has a distinctive shape. These are points roughly 5000-6000 years BP. AKA possibly older than the dirt they’re sitting in. I have one piece that’s is close to 13,000 years old. Makes you feel kind of trivial when you hold this piece in your hand. But those in the know, it’s kind of a right of passage to find one I think, or at least that is the impression my Dad gave me when I came home with said point. The day is kind of etched in my memory. I remember I had ridden my bike to a field out by the Perkiomen Heights and spent the better part of the day picking up chips throughout the newly plowed field. It was getting late in the day and I figured I’d give one more row a once over before heading back home. Patiently walking, hands behind my back combing the dirt, I saw the end sticking out. This is the moment you spend all hours waiting for actually. If you don’t know what to look for, you’d pass this up. Often, pieces like this are broken and rare now complete. So you pick them up with a bit of hesitation. Could it be a perfect point? Often they are not, which this one was not (the very tip of it was knocked off making it a touch over 10cm in length and 7.5cm in width). But my heart raced and sank all at the same time at finding this one: 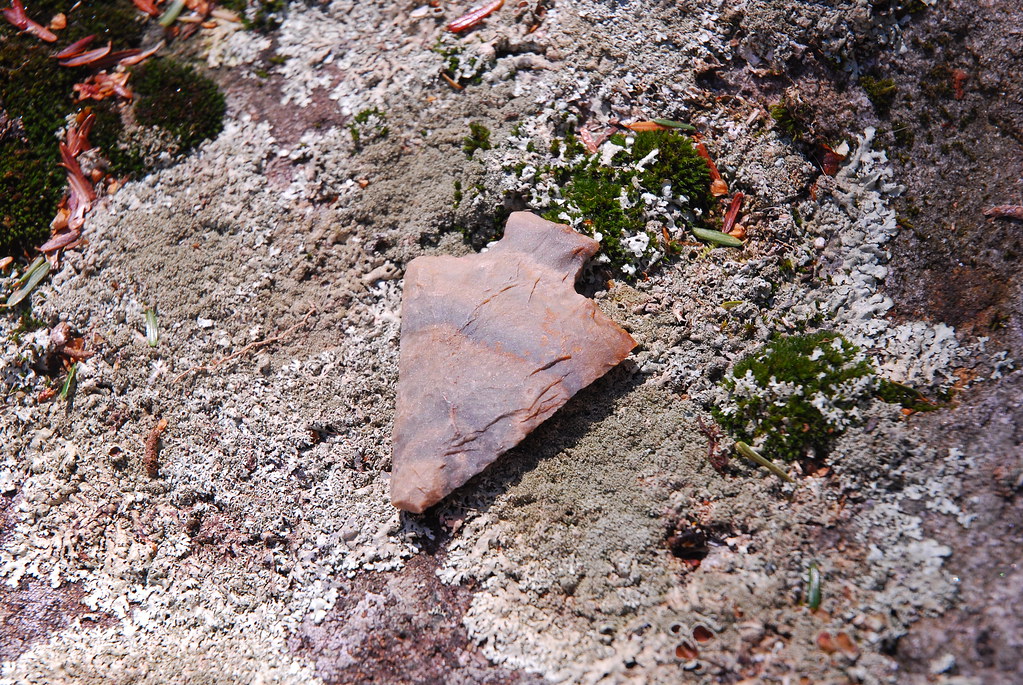 So thinking on this, I had some direction. I know my home is in New Hampshire now, but I can’t help but think about where my heart will always remain. That’s outside in those fields and woods of the Upper Perkiomen Valley. I have fond memories of exploring those hills just outside of town both with my Father, his best friend Marshall and later on my own as a young teen either by myself or with my best buddy. So that’s what this little piece is all about. Made in NH. But the “X” marks the spot where my heart is. The arrowhead / artifact at the bottom is a nod to where my heart is but also to all those times exploring which now ties into the creation of bicycles as tools. I’ve taken a little liberties to stylize the art a bit more based on other similar pieces from my collection so it’s not an exact copy of the piece above but more a take on several for the record. But that’s the story and once printed, these will adorn each frame at the base of the down tube just above the bottom bracket. Kind of the heart of the bike, so a fitting location for this little simple graphic up above. Here’s the finalized decal kit ready to be sent off to SSSink: