Despite the picture above and the ears down, Kaya was quite excited to go for her first bicycle ride post surgery. You see… My dogs on the sensitive side. Maybe it’s the fact she has an unknown past being a rescue or maybe it’s just her. But we wanted to take a picture to mark the occasion and I had to call her back from the car to snap a picture. So I think she thought she wasn’t going but I reassured her “YES INDEED YOU ARE GOING. I promise.” But what a joy to watch my pup sprint ahead of me at full tilt. She loves to run and loves to go for rides with us. A little back story of course is in order

Last July she we were out for a ride and at some point something happened. I’m not sure but she came back to me with a heavy limp after running ahead a bit (which happens during a ride – we trained her to have good recall so she’s typically just a whistle away from sprinting back). But this time it took her an oddly LONG time to come back albeit limping. I figured perhaps she had stumbled so we just took it easy back to the car but by the end of the ride I could tell she was hurting. That evening she was on the grumpy side and would not weight it. A trip to the vet’s and a second opinion from my brother-in-law who also is a vet: She most likely had ruptured one of her cruciate ligaments. Surgery was an option. Or a wait and see approach was an option since she was right on the line coming in at 40lbs (some dogs with this injury it will heal up on it’s own but it can take some time). A common injury in working dogs, some breeds or active dogs. There’s a couple of approaches to the surgery but we decided let’s first take the least invasive approach and see how she responds to some rest and time off. All seemed to be going kind of well when she stumbled on a rock in our driveway and we were back to where she started. In conversation with Franky, he mentions “You know Louis is a orthopedic Surgeon?” I had no idea our mutual friend and a client of mine was an orthopedic specialist … and a vet to boot. Well, that meant giving Uncle Louis a call. He was on it! Long story short, we didn’t want just anyone performing surgery on our pup. It had to be someone who was meticulous, passionate about their work and had performed a lot of these procedures. Also someone who is not routine. Louis guided us with the notion that when you’re in there, you need to assess what’s best for THIS dog so that meant assessing in real time. So yeah… Our mind was made up: Uncle Louis would be doing this procedure. Which is TPLO Surgery.

A date set and it arrived this past February. A trip to Montreal where Louis works and she was home in 3 days time round trip, cone and all. She was weighting the leg the next day after surgery, albeit a bit on the grumpy side with that cone on. I had been carrying her up the steps/stairs since July so it was 8 more weeks of no stairs and a physical therapy regiment that was stricter than any I’ve received for human care. Fast forward to this past Sunday and she was out for her first ride! Almost back to 100% post surgery. We’ve been taking it slow but it’s almost like nothing happened. After all was said and done, it was money well spent as I realized she was in pain for quite some time even before this all happened (and as Uncle Louis pointed out, this “event” was the result of a long standing injury that slowly just kept getting worse. The rupture was inevitable and when he opened her up, her ligament was 50% torn so it would have gone to a full rupture). But she’s happy. We’re happy and I’ve got my riding buddy back. Slow and steady of course but here’s to many more rides with Kaya. 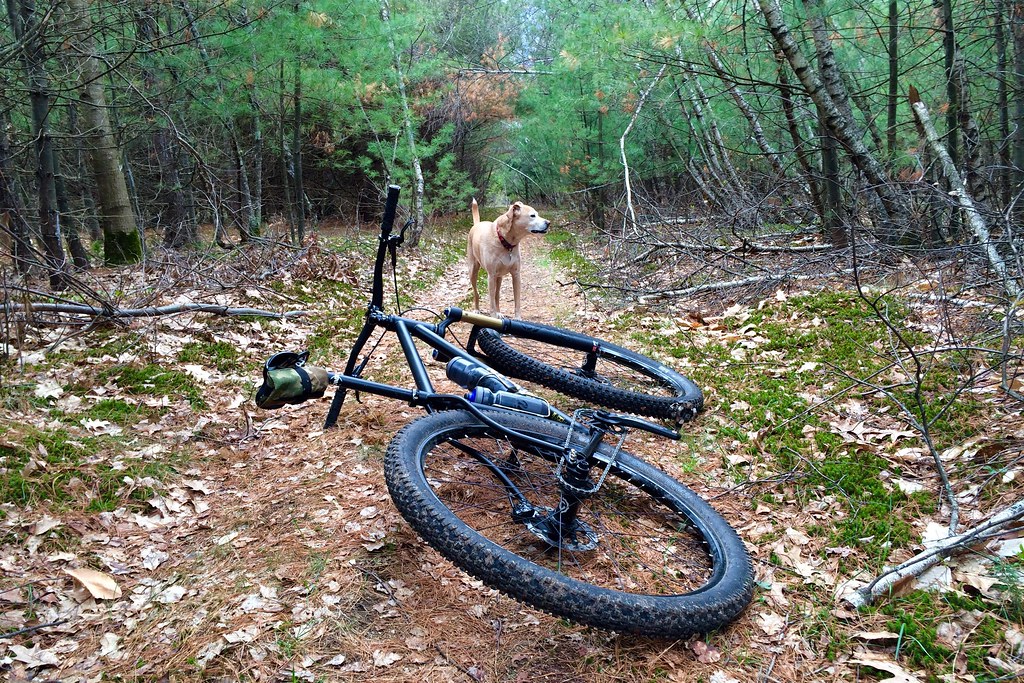