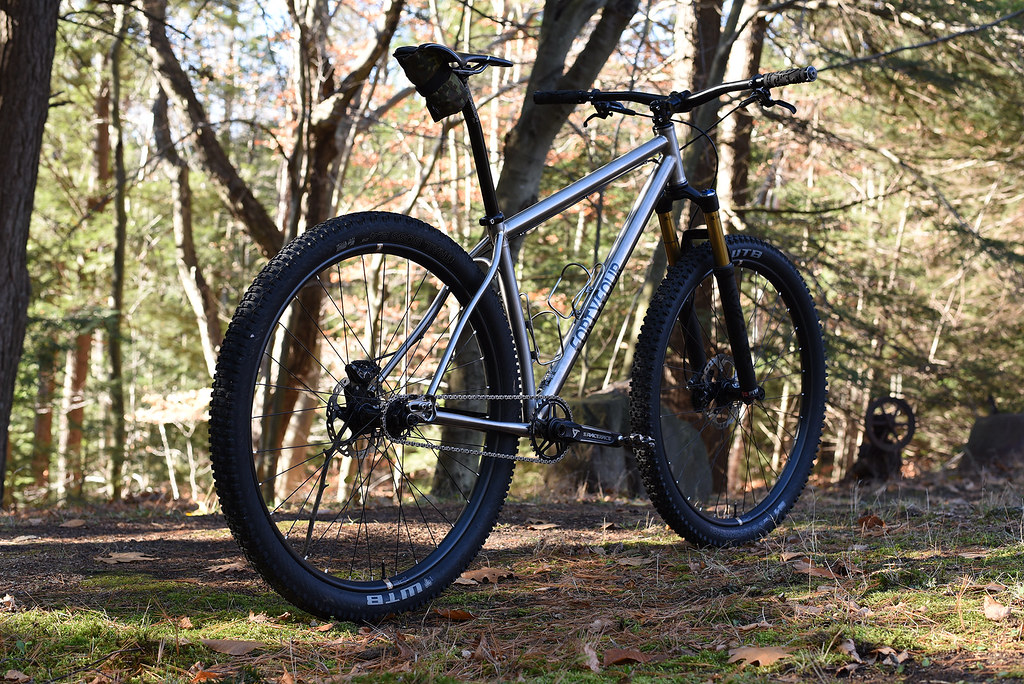 2016 has had plenty of hills to climb. Reviewing my Flickr archive, which is pretty much where I catalog all of my work at length in addition to the words written here, there’s been a lot of great bikes that rolled out the door, an enormous investment in time and machining in making new tooling and most likely my favorite side project: Titanium. Overall I’d say that material has been incredibly rewarding as it’s been putting all my skills to the test and when I’m learning something new, I’m feeling the most fulfilled. It’s great to challenge your own process, problem solve and improve upon your own skill set. We had scheduled some bikepacking trips in between July and August but unfortunately I was literally struck down by an odd bout with Labyrinthitis which pretty much took the wind out of my sails and rendered me useless for a number of weeks. I actually didn’t fully recover until some time in late September or early October (and it started on June 30th…). But, I’m a determined lad, so I pushed through and made the most of things. Despite all that’s wrong with the world, I feel our little corner here at 44HQ is looking pretty lean, mean and ready to fight the good fight in 2017. Here’s a break down of some of my favorite builds, images and projects that rolled out the doors. Up above is probably the most rewarding of them all: The first Ti mountain bike prototype. 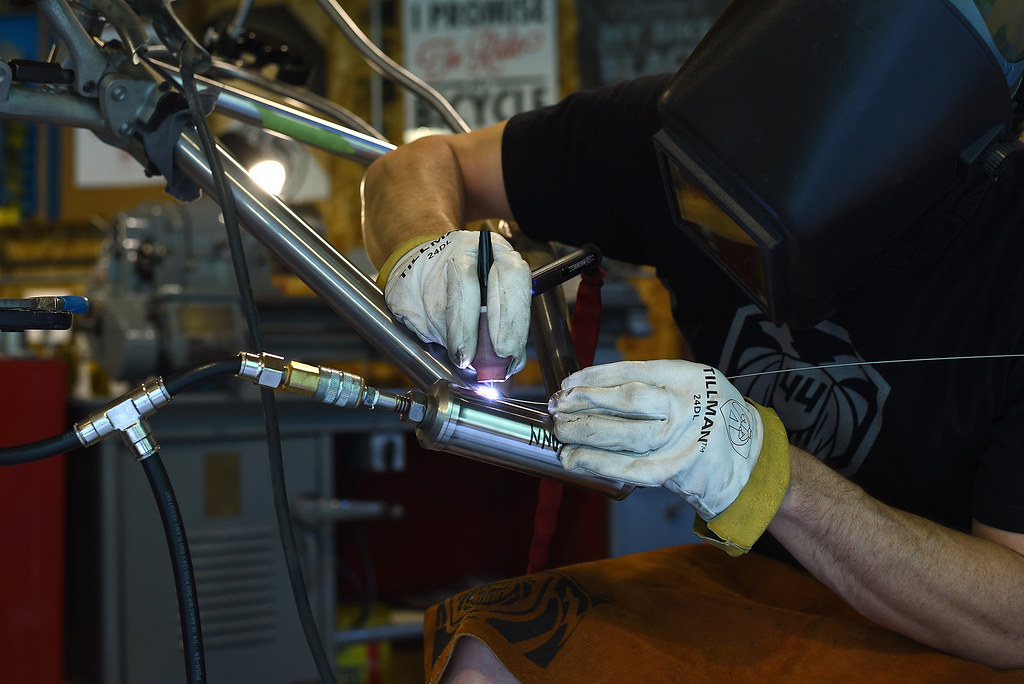 It’s tough to say which bikes are favorites and which ones stand out from each other. I really appreciate all of my clients support. Some builds stand out from others for one reason or another, but they’re all “my bikes”. Probably on of the best parts for me is getting down to the business of welding the bikes which is the shortest part of the process. Seeing pictures or hearing stories from the client are welcome rewards for a job well done and that’s something I take to heart with each build. This was definitely the year of tooling. All things round was no exception. I think I made my weight in heat sinks. But all necessary for working with Titanium and all part of the process of building with the material. It was great to spend pretty much all of January finishing much needed tooling and updating some existing tooling to make the bikes “more better”. Just look at that pile of material. And it’s just getting started! 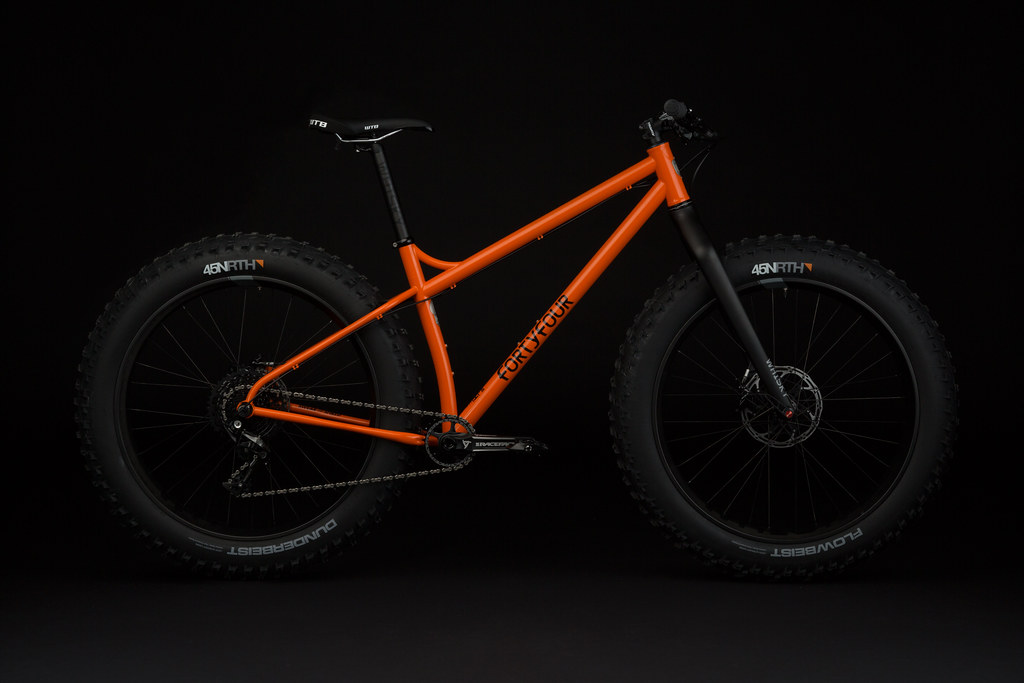 In there I was commissioned to build a Fat Bike for Whisky Component’s launch of their 2016 product line and part of the Whisky Select Six. Super proud of that one… Each year I spend some time honing some of my personal builds and there were a few small changes I wanted to make before I built 2 of the 4 Ti prototypes planned. Up above is my single speed which I lengthened the cockpit a tad, slackened the front end and shortened the seat tube among other things. I have to say this is one of my favorite bikes to date. Just really clean and simple. 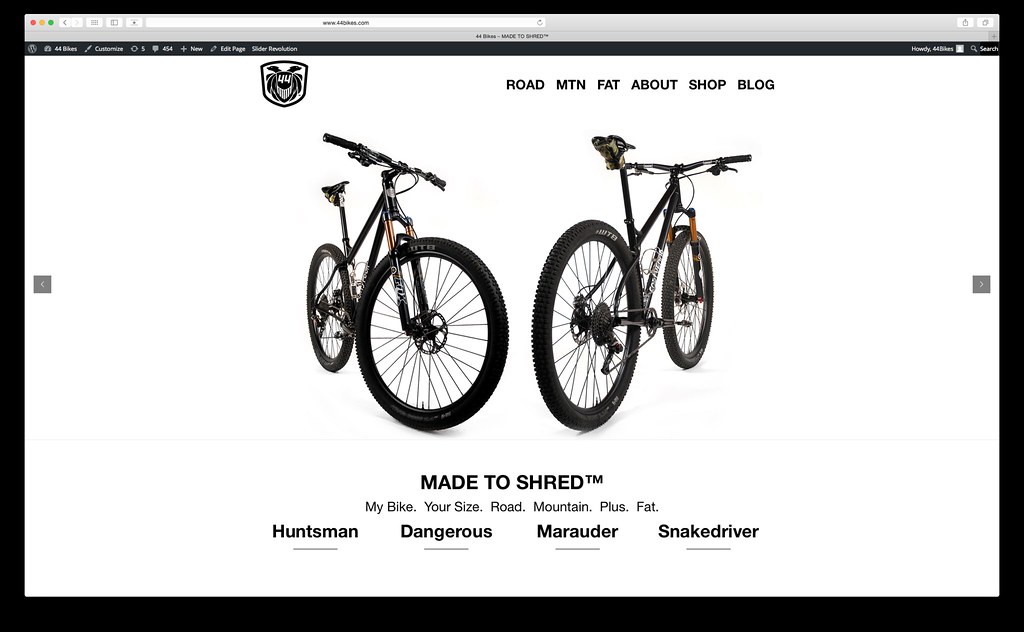 I forgot… I launched a new website in there in the new year as well. All that work with tooling and practice came together when I finally put torch to metal and started welding mock front triangles in titanium, all the while taking meticulous notes. It also enabled me to reach out to fellow builders and friends Sean at Vertigo, Rody at Groovy Cycles and Tyler at Firefly. They were very kind and generous with their information they passed along and gave me a lot of tips and starting points to hone in on my own process. It gave me a great launch pad to figuring this stuff out. 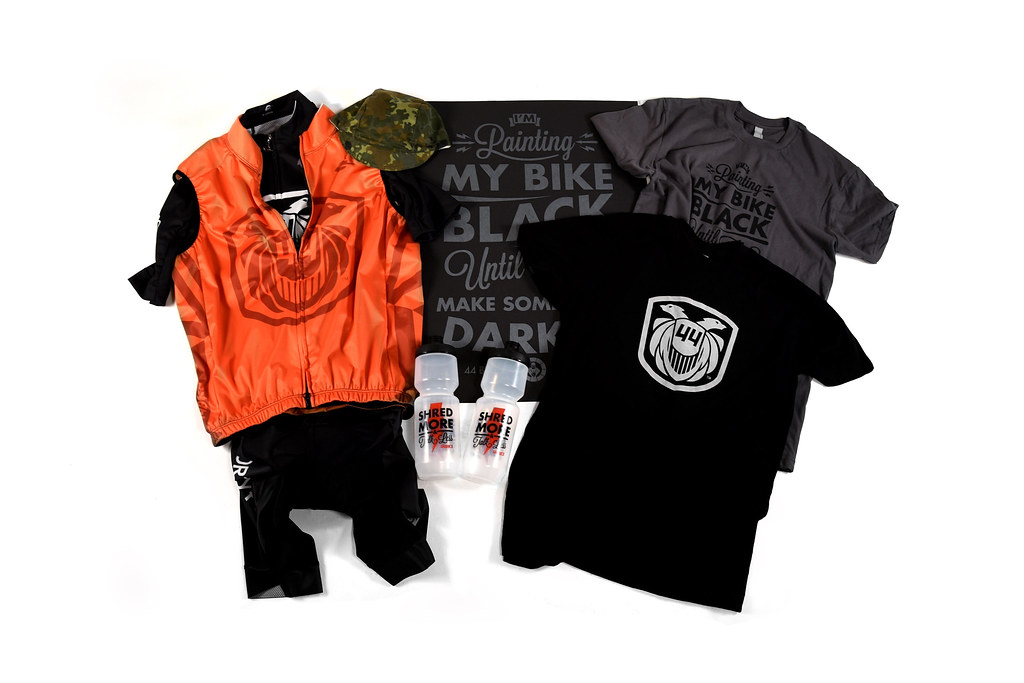 With the new website, I also put together a new e-commerce site via Woocommerce which enabled me to expand some of the small things I have for sale here at 44HQ. I also put together a small ragtag band of riders and friends aptly named “The 44 Flow Team” and designed a simple kit made to order via Endo Customs in Los Angeles, CA. 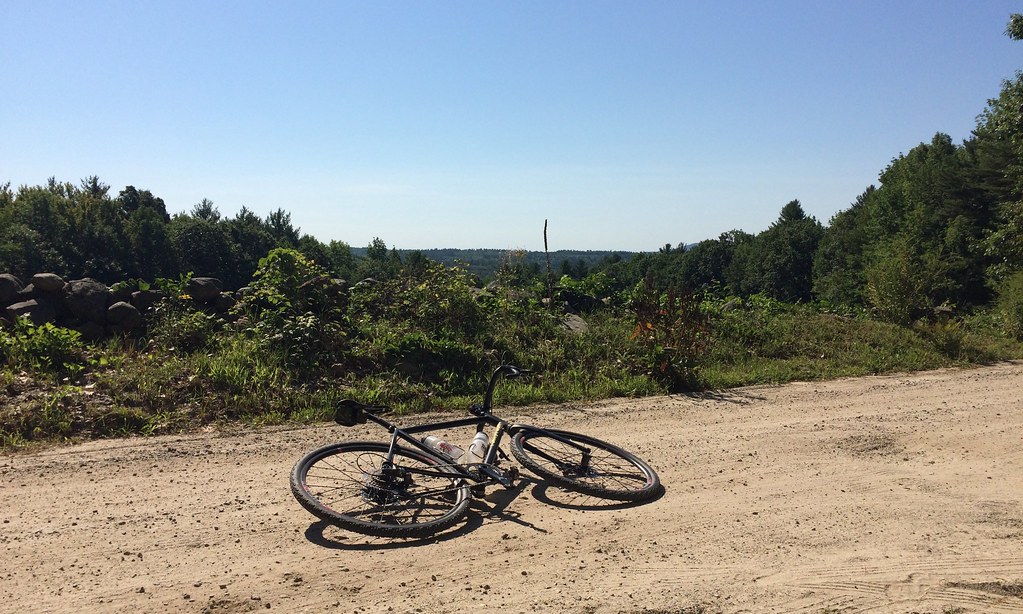 In August, I helped to organize the 2nd annual Rose Mountain Rumble (RMR) which was a crowd favorite. We nearly quadrupled our rider turn out and added a 100k route that had many riders pleased and well toasted by the end of the ride. I hope to see many more faces at the 3rd annual RMR. 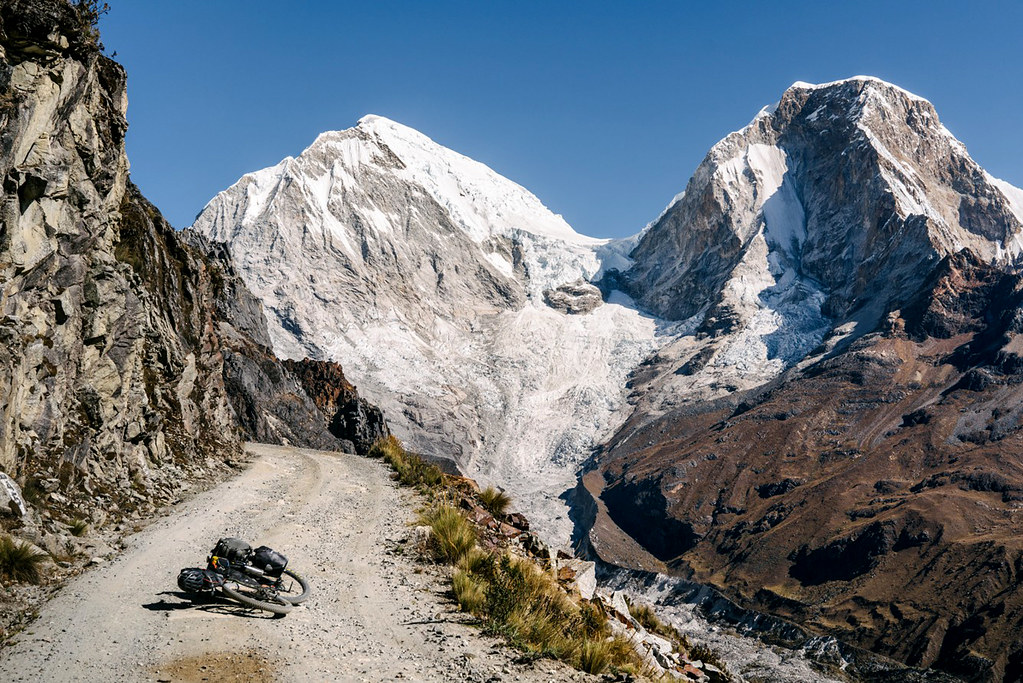 I was commissioned by Ryan Wilson to build a bike packing rig where he’d quit his job and essentially move down to Peru to ride. This is one of the first images I got from the beginning of his trip. Head on over to the Radavist to view all of his photo essays. More are apparently on the way. A highlight of the year is always attending shows to connect face to face with clients and the rest of the community. I attended the Builders’ Ball and for the first time headed down to Philadelphia for the Philly Bike Expo which will become a yearly ritual. It’s a great show and worthy of my support (and yours too!). 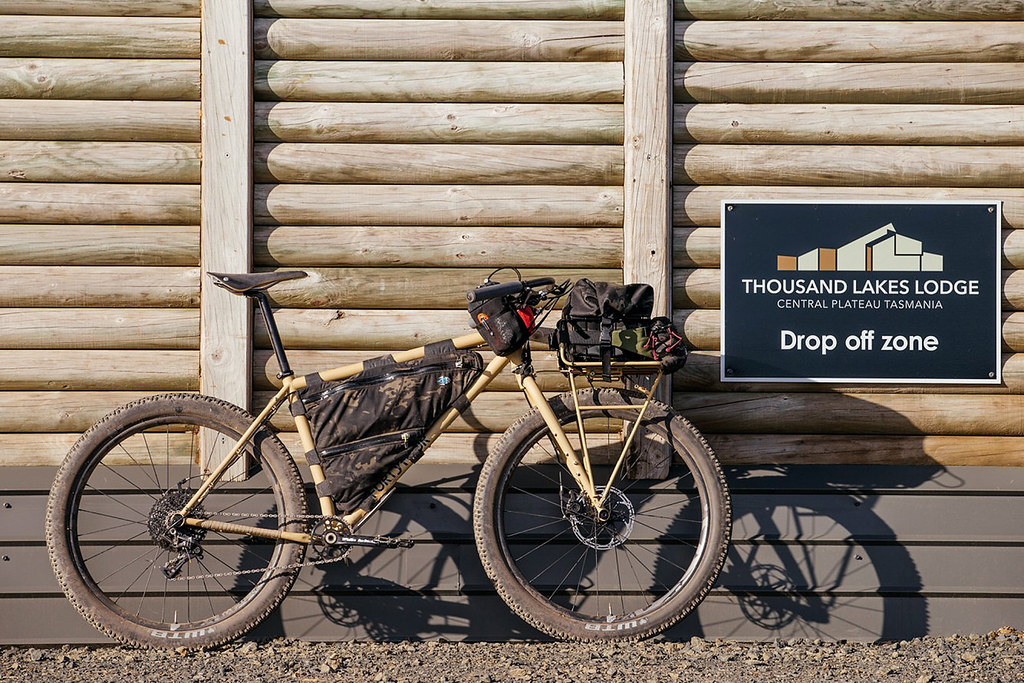 I was also commissioned by John Watson of the Radavist to put together a bike packing rig pretty much based on what I built for Ryan earlier in the summer for a last minute trip out to Tasmania. The bike is a first of many sorts for set up and a honing of a true bike packing bike meant to tackle trails with a load. I’m really proud of this bike and really stoked John tapped me to be his builder (he now owns 2 44’s…). Thanks John! Hope to see you this spring. 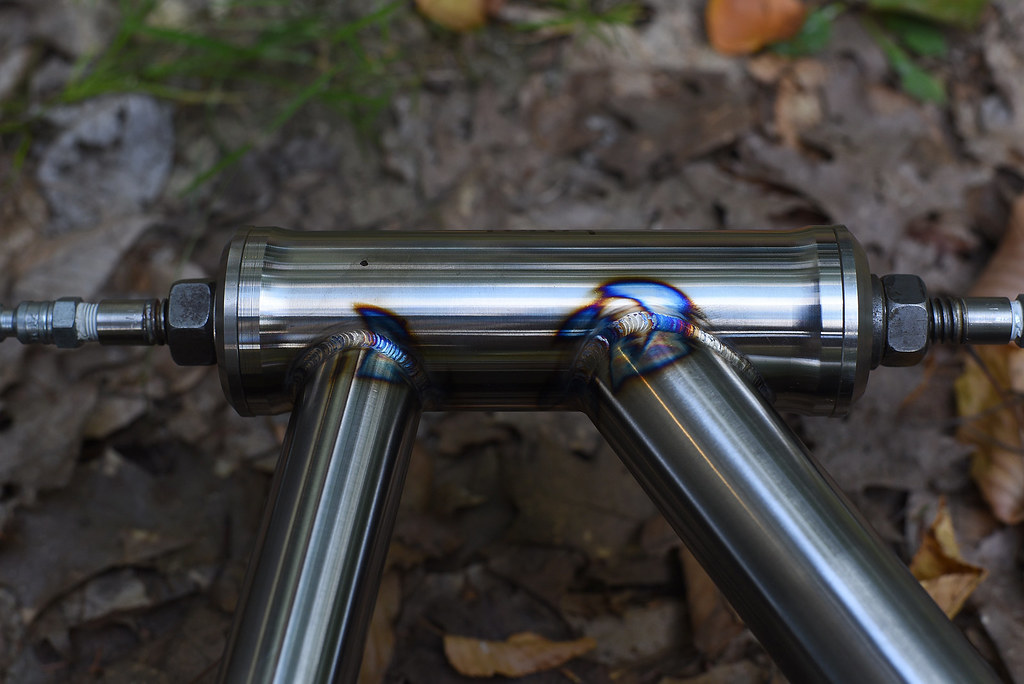 I welded a fair share of bikes this year and working with a new material further honed my skills and actually changed the way I weld steel. Again, just “more better”. 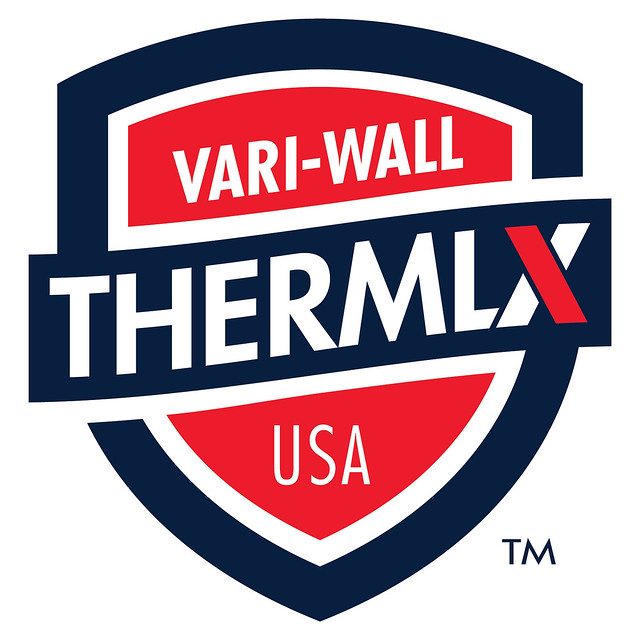 I also had a hand in the launch of a new tubing brand which makes it’s tubes right here in the USA: Vari-Wall’s THERMLX™. With the exit of True Temper, I’m feeling really confident with Vari-Wall’s new offerings and support. I’m proud to be part of that new launch. 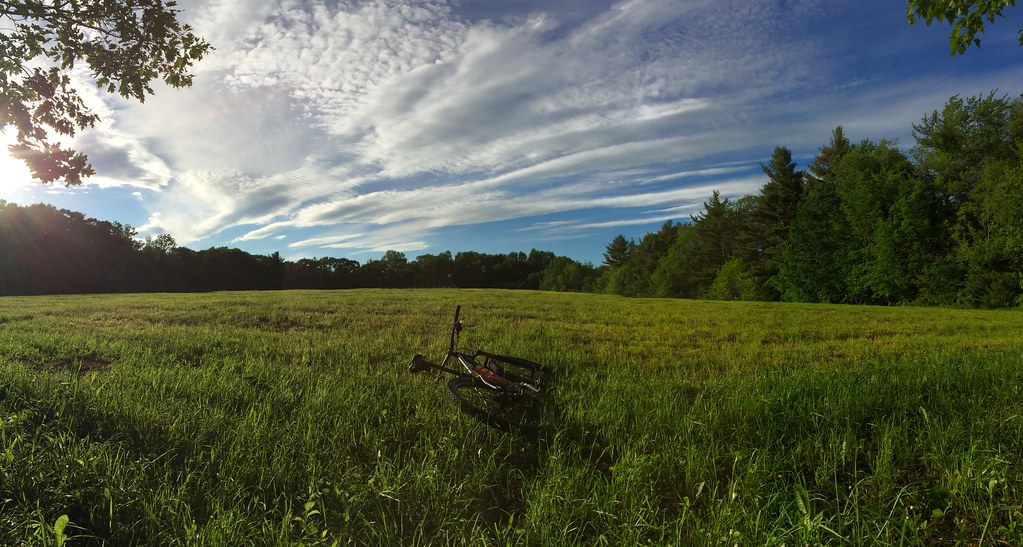 And last but not least I put a lot of miles on my bikes. I rode longer rides than I stereotypically do and fell into a rhythm of 15-20 mile rides on average. I used to ride longer rides like this as a teenager but coming out of college and living in Providence, I was busy or commuting and didn’t have time to get out on longer rides. Plus the trail head was further away and required a car unfortunately. Living here in NH has many similarities of where I grew up in Pennsylvania with trailheads not too far from the back door. It’s been nice to get back into that habit and I look forward to continuing that trend in 2017, ever in pursuit of honing the ride and being present IN the ride.