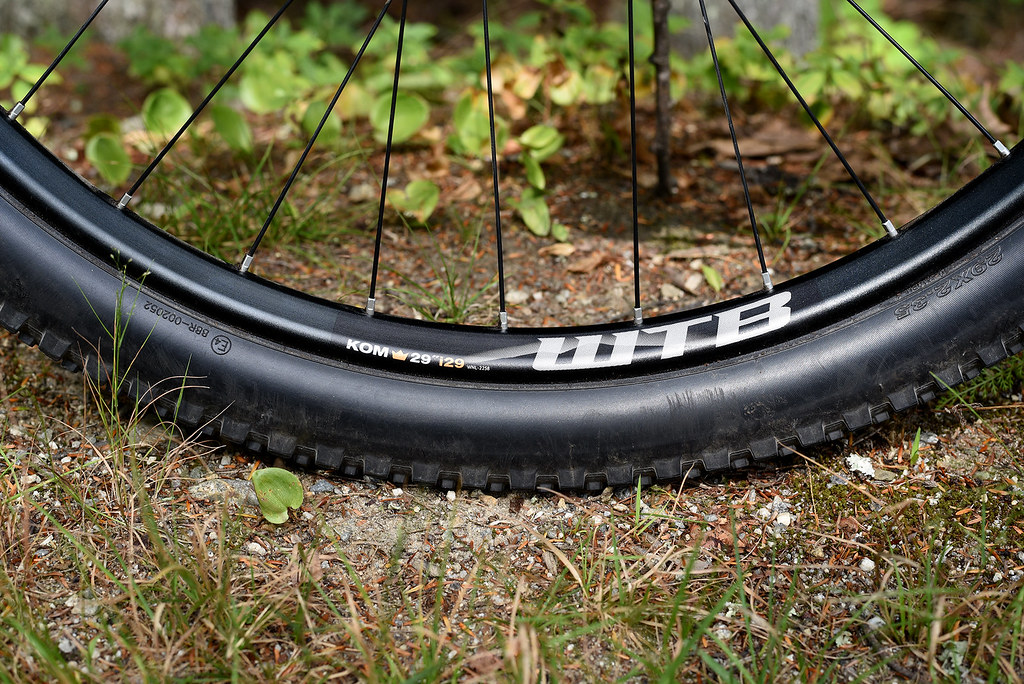 Back in 2006, I purchased my first 29er wheel set and frame (a Surly Karate Monkey). The wheels were a pair of Salsa 29er Delgado’s laced to a set of DT Swiss 240’s which had a width of somewhere in the 30mm range. What I loved about these rims was their width was a touch wider and that really helped to spread the tire casing to give you overall a really different ride quality. Shortly after this, Salsa introduced their Gordo 29er rim which had a 35mm width. I built a second set of wheels using the Gordo’s laced to another set of DT Swiss 240’s and given that extra width, the ride quality was even more comfortable. What I noted on the first ride was just how more “planted” the bike felt and how much more plush the overall ride quality became. Back then, it was WTB’s Exiwolf 2.3’s front and rear for tire choice (that was just about all you had to choose from when it came to 29er tires initially). But as I started to build more and more prototypes in 2007 and through to 2013, I wanted to go tubeless and neither of these rims, especially the Gordo which I loved, were tubeless compatible. So in March of 2013 I built up a pair of I9 Torch hubs to a set of Stan’s Arch EX rims. I could have gone Flow’s but ended up wanted to try the Arch EX’s. The tradeoff initially going to tubeless meant I was moving back to a narrower profile rim, but I was gaining the ability to set up my tires (Schwalbe Hans Dampf 2.4 and Nobby Nic 2.3) as tubeless. So ever since then, although I initially saw the benefits of a wider rim, I had been running a slightly narrower rim than what I wanted.

Enter Wilderness Trail Bikes. I’ve really been digging their product offerings in tires and rims lately so it was time to explore a few more options. 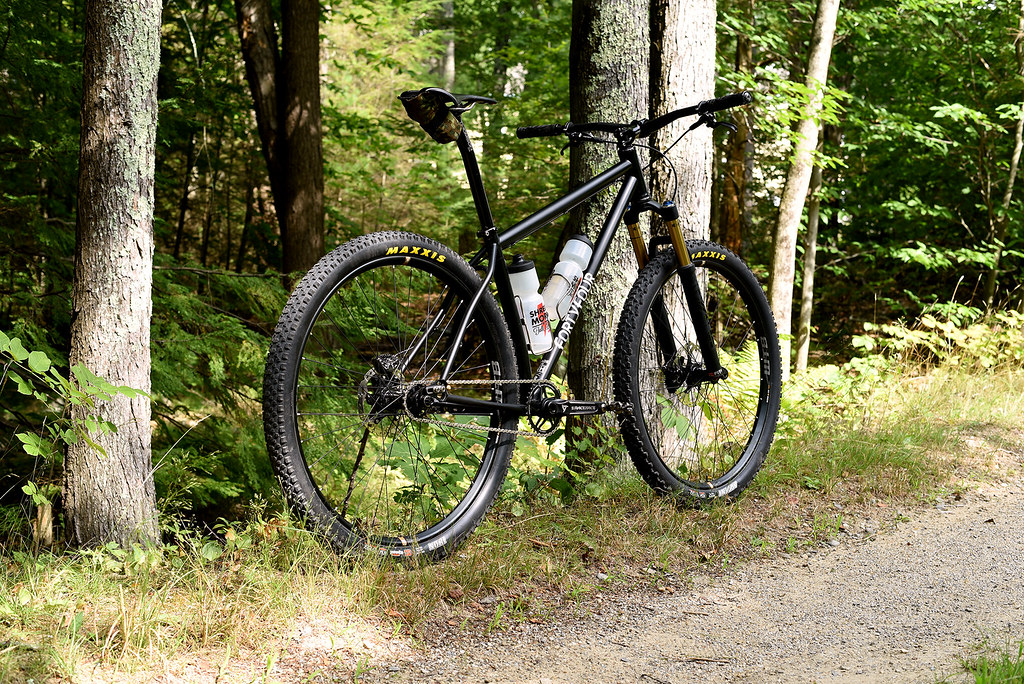 Wide rims are nothing new these days. The benefits are clear of spreading the tire casing and making them stand a bit more upright to deliver a much more plush ride and increased stability. Couple that with tubeless technology and you layer in the ability to run a bit less tire pressure to increase traction and with the tires spread a bit more, it’s a one-two punch with ride quality and traction. Late last year I swapped over to a pair of WTB Frequency i25’s for my Marauder. Loved the ease of tubeless set up (you can set them up with floor pump the tolerances are that good). But again, only an internal width of 25mm’s. I was still missing that extra girth. I spotted a rim I had originally considered but did not dig too deeply… The WTB KOM and it’s offered in a i29 (internal width of 29mm’s). The ERD only differs by 2-3mm between these two rims so I ordered up a pair and got to work once they arrives swapping rims. I could not be happier. They set up tubeless easily, and the internal width is 29mm which spreads the tire’s casing to give you that firm, planted feel.

Out on the trail this translates to more control, you can run slightly lower pressures to increase traction and the tire profile gets a bit more on the full side aiding to that overall plush ride quality I had missed. So far so good. I put in a hard 20 miles last night helping to clean some tree fall from the H100 race course along the way (I actually followed the race course and picked it up at the end of Miner Road. And yes, that section along Miner will be a nice rest between the descent of Big Rock Trail and Sayer’s Descent. The only thing standing in your way is Fletcher Farm Road.. And it’s still a tough climb and I was only about 7 miles into my ride! Albeit on a single speed. I can’t imagine doing that sucker 3 times if you’re doing the 100 mile course. Ooofff. Post ride I was still feeling fresh even on a hardtail. Hard cornering and charging lines had a layer of confidence. The tires I’ve been running for a few weeks now are Maxxis Ardent 2.4’s up front with their Ikon 2.3 out in back. So far so good with this combo with the only trouble arising when it was wet and slimy out after a good amount of rain. The tires were getting knocked around and I was slipping and sliding off of rocks and roots in off camber turns. Possibly not a good assessment considering I’m still dealing with some residual dis-equilibrium and some gaze instability which is left over from my bout with Labyrinthitis in July. Well ALL of July. But after a few tries, I nailed the lines but it was slippery and the sensation of being knocked off balance was increased due to that left over stuff as my inner ear continues to heal and progress back to a new normal. So I guess if I can ride those lines, in wet with that? Maybe that bodes well for the tires… or maybe those technical skills run pretty deep. But the new rim set up certainly has increased all the good qualities I’ve been after in a slightly wider internal width which I had been missing. I will say I’m looking forward to trying the previous tire set up on these rims. EDITOR’S NOTE: So this is actually a great place to point something out. Up above is the previous iteration with WTB’s Frequency i25 in combination with a WTB Breakout up front (2.3 but boy it fills out to everything just shy of a 2.4) and a WTB Trail Boss 2.4. That combo was wonderful in just about every condition and unlike the Ardent and Ikon combo… they really hooked up nicely in wet conditions. They felt stable and under control on wet rocks and roots. I found it quite the confidence inspiring combination. The Breakout is one stout tire with a lot of traction in a relatively fast rolling tire. My only nit-pick about the Trail Boss now that I’ve had over a year riding a pair on my 1×11 is the sidewalls: They’re in need of some sort of abrasion resistance much like what the Breakout’s sport. But in every way, that tire is a wonderful mountain bike tire. One of the best I’ve ridden. With a little revision to add a layer of sidewall protection, that tire will be just about perfect. But most likely this fall I’ll be going back to that tire combination and I may just actually go with WTB’s Breakout front and rear.